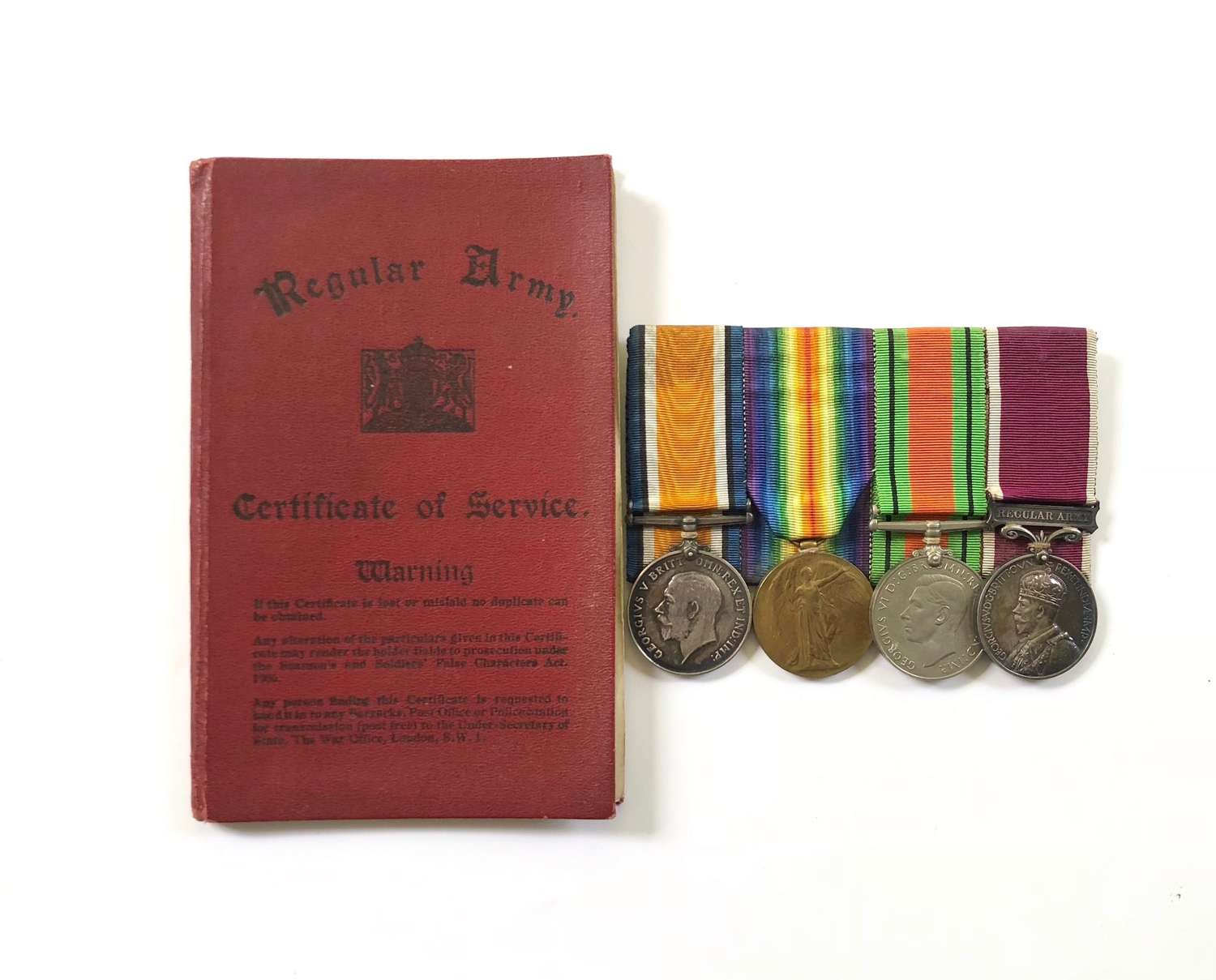 Corporal Francis James Thurston enlisted into the 2nd Life Guards on the 2nd June 1915. He saw service in France with his Regiment from July to September 1917 before transferring to the Guars Machine Gun Regiment. He returned to France serving from May to October 1918. Remaining with the Regiment after the war he pre war job as a Footman found him serving as an Officer’s Mess waiter. After 18 years service he left the Regiment on the 1st June 1934. 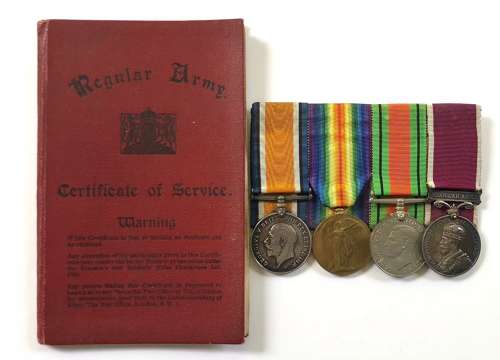 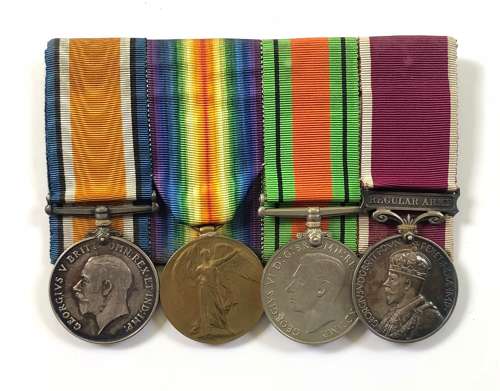 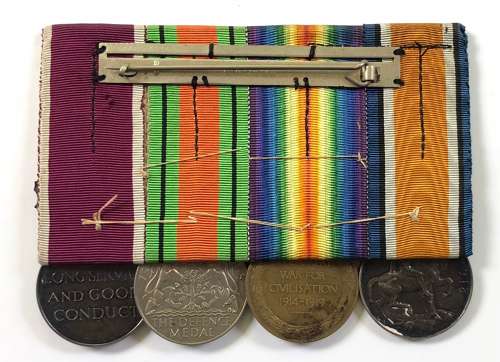 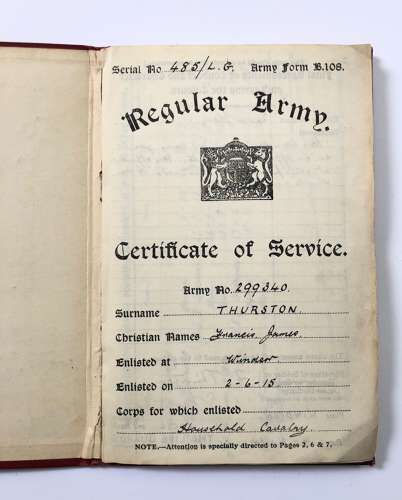 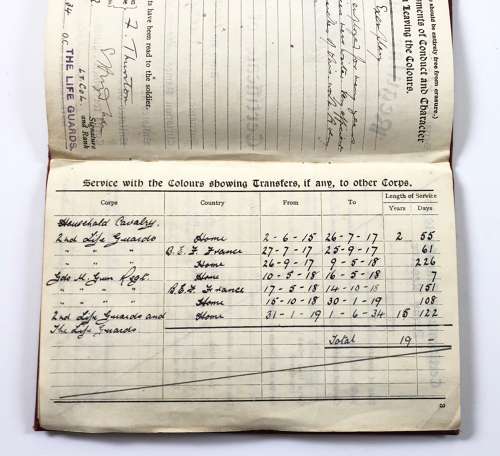 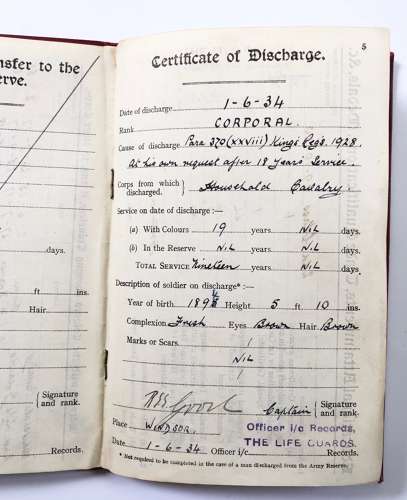