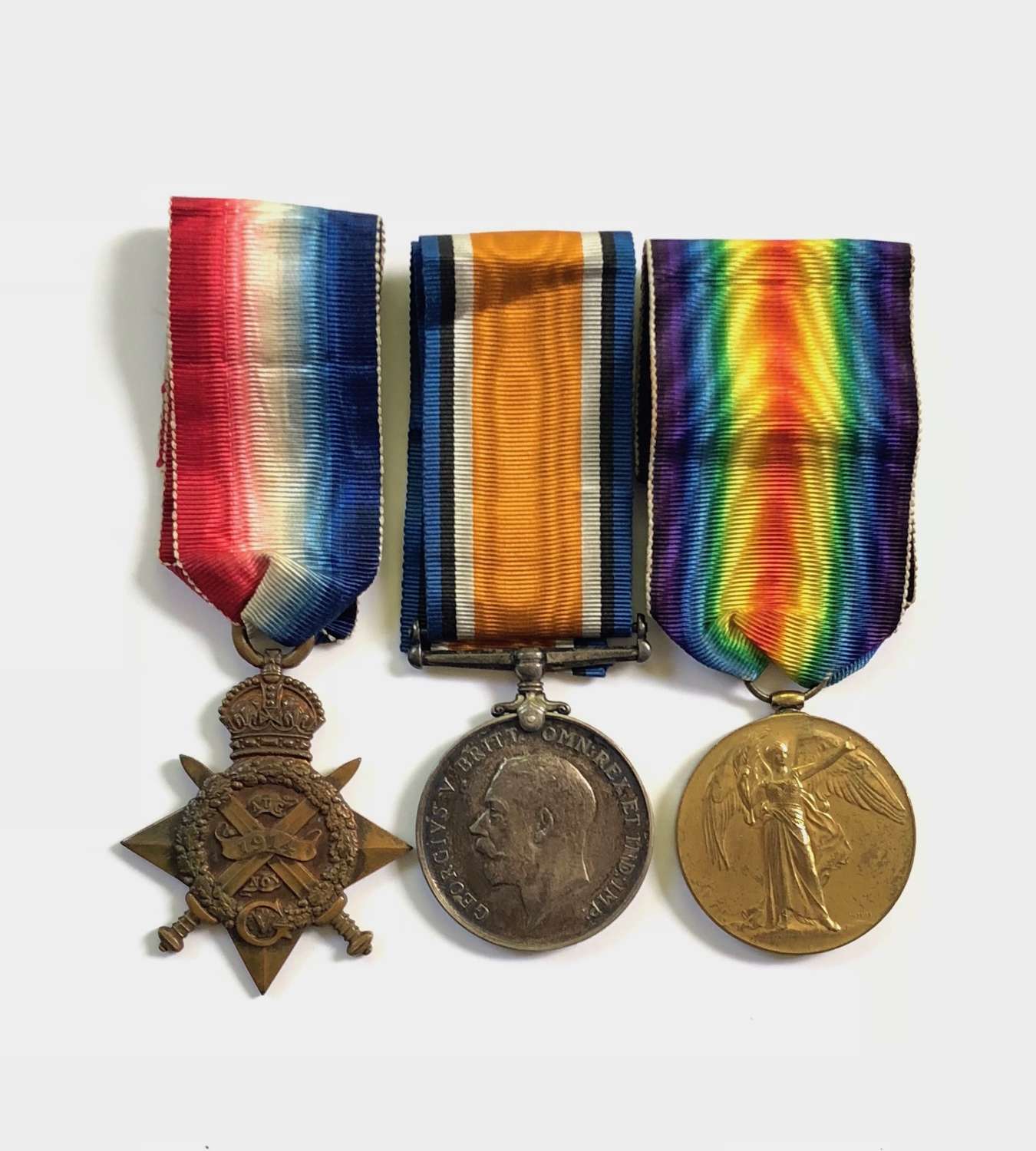 Private Edwin Agar a native of Leicester enlisted into the Royal Scots 1903 and transferred to the reserve in 1911. Recalled to the colours on the 7th August 1914 he embarked and landed in France on the 10th August 1914. He was wounded on the 12th October 1914 with gunshot wounds to the shoulder and arm and hand and was invalided to Blighty on the 15th October
He returned to France on the 16th March 1915 and rejoined his Regiment and was Killed in Action at Ypres with the 2nd Bn 14th July 1915. A regular attender on the defaults sheet his character was given as Bad 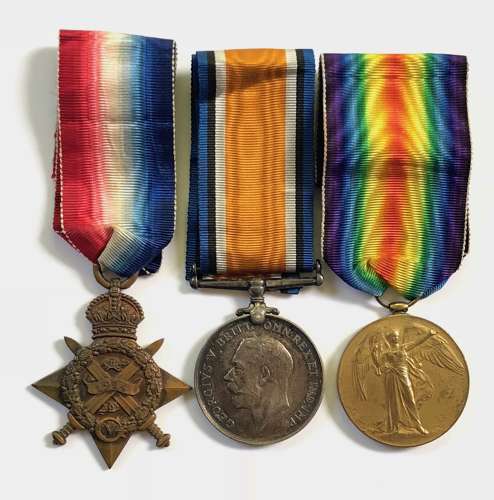 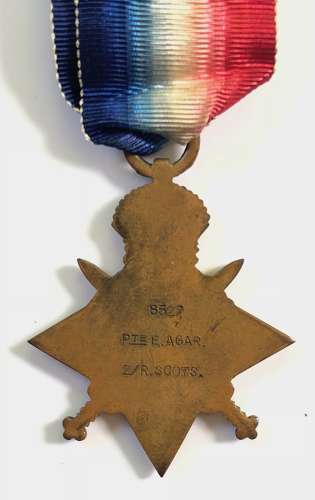