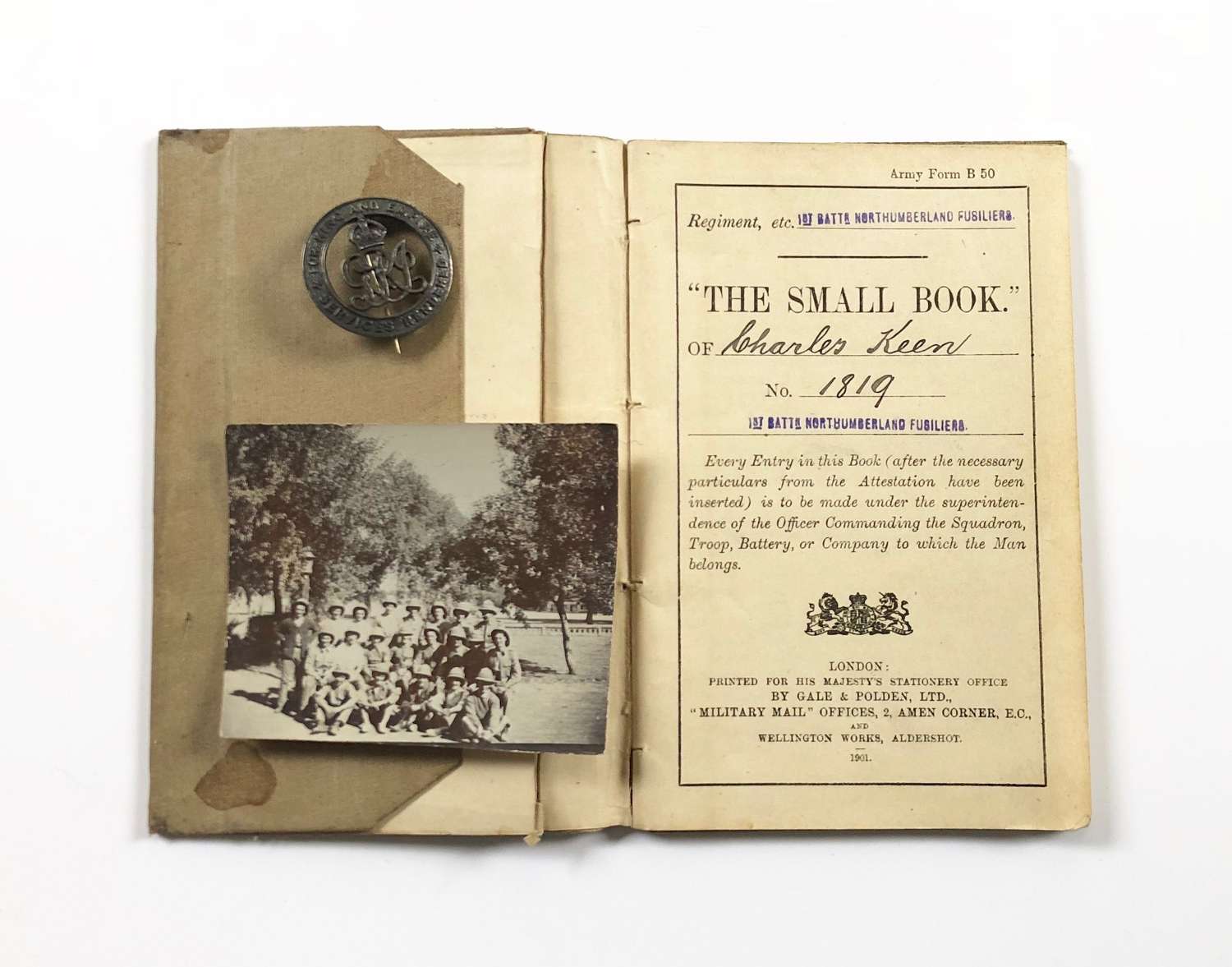 Warrant Officer Charles Keen enlisted into the Northumberland Fusiliers on the 12th December 1905. He saw service in India with the Regiment in 1908 gaining the India General Service Medal. He landed in France on the 16th January 1915 and was wounded with a gunshot wound to the heel 21st April 1915. He was discharged on the 27th March 1918. The number to the Silver War Badge is confirmed. 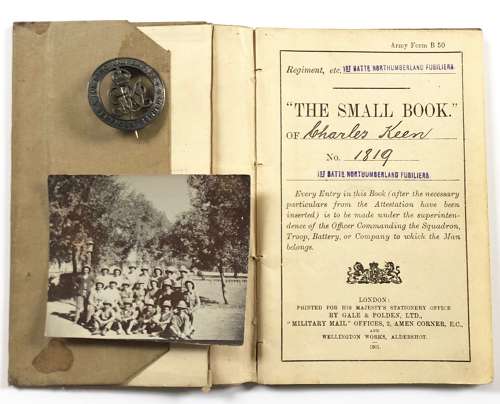 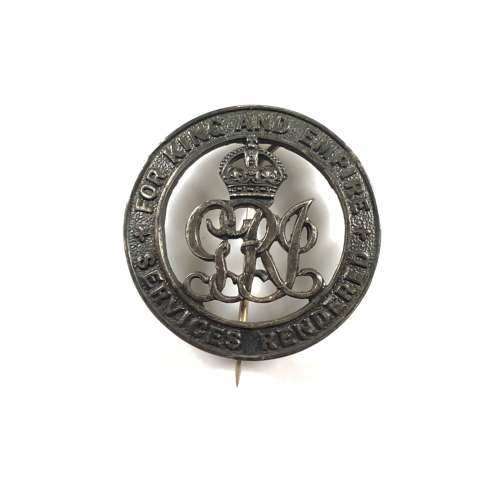 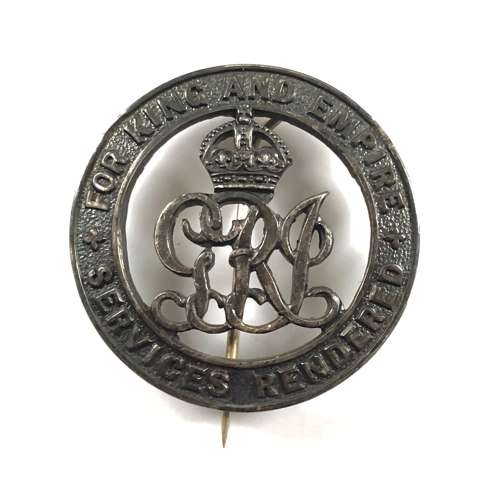 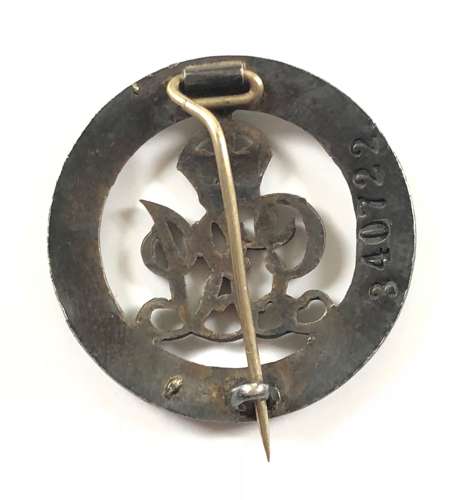 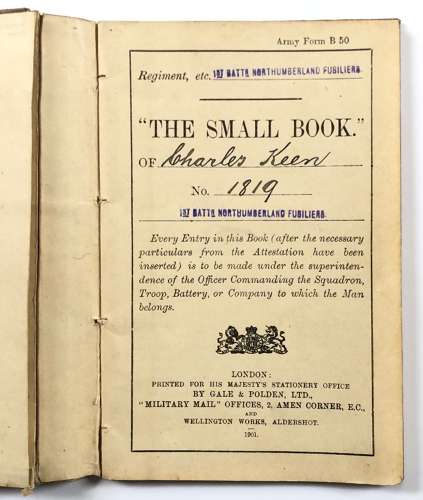 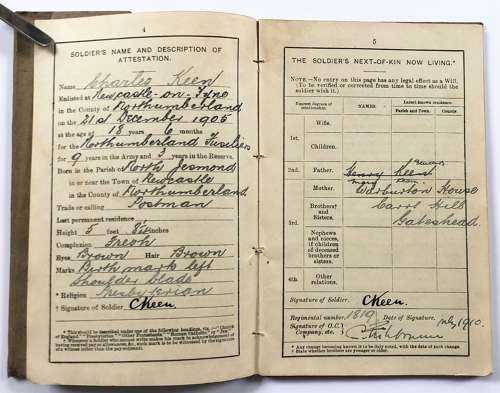 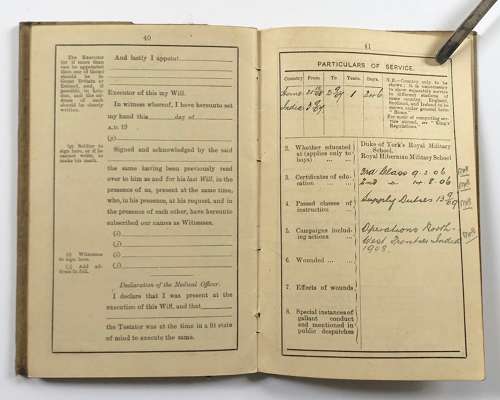 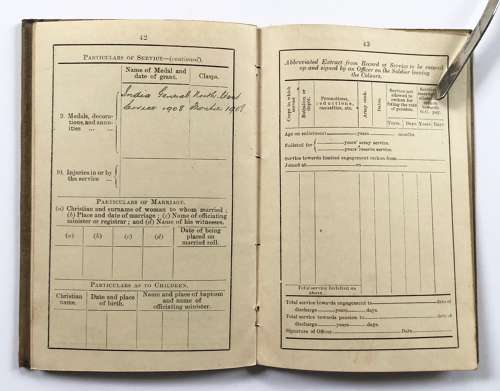