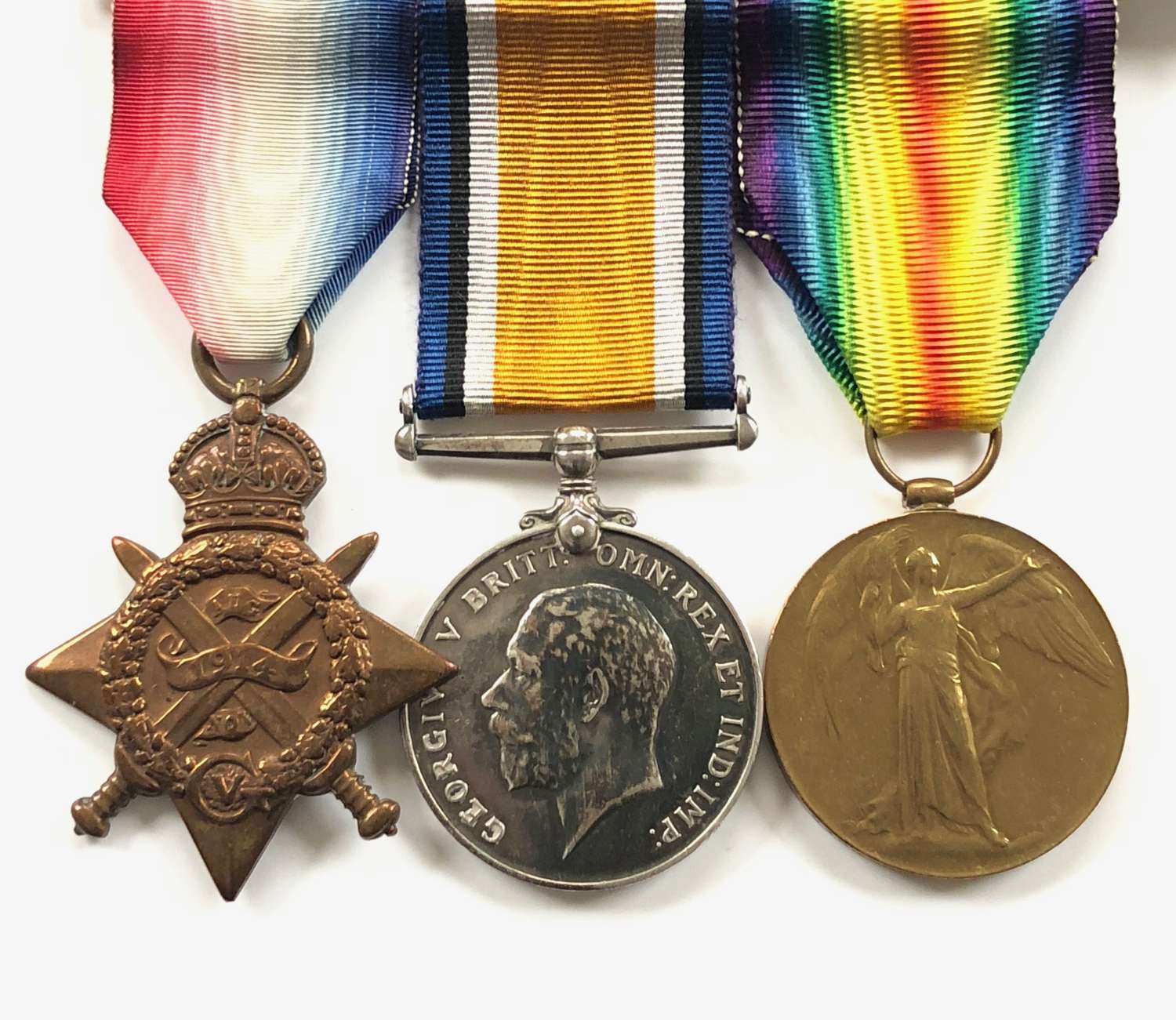 Private Herbert Ernest Vickery enlisted into the 2nd Battalion in January 1912. He landed in France on the 6th November 1914, he was reported wounded with a gunshot wound to the left arm in March 1915 He was again admitted to Hospital in June 1916, whilst serving with the 8th Bn was discharged as unfit for further service as a result of wounds on the 18th October 1919. The MIC confirms that the BWM & VM were returned for correction to the rank. 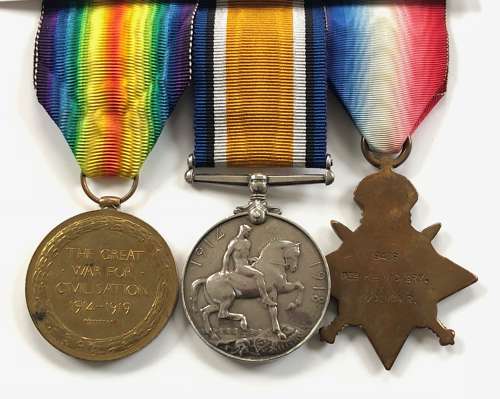 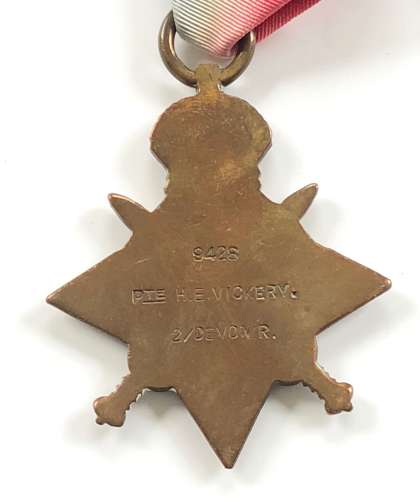 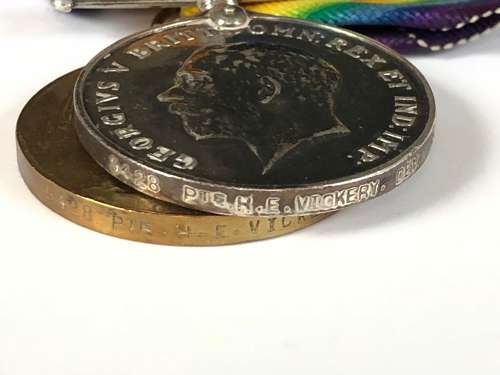 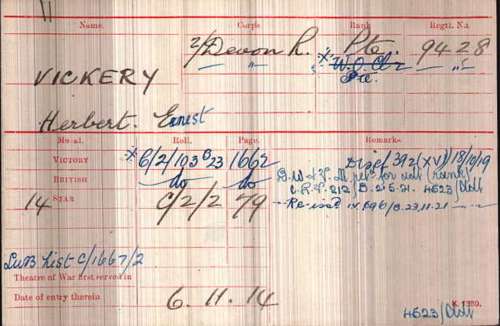