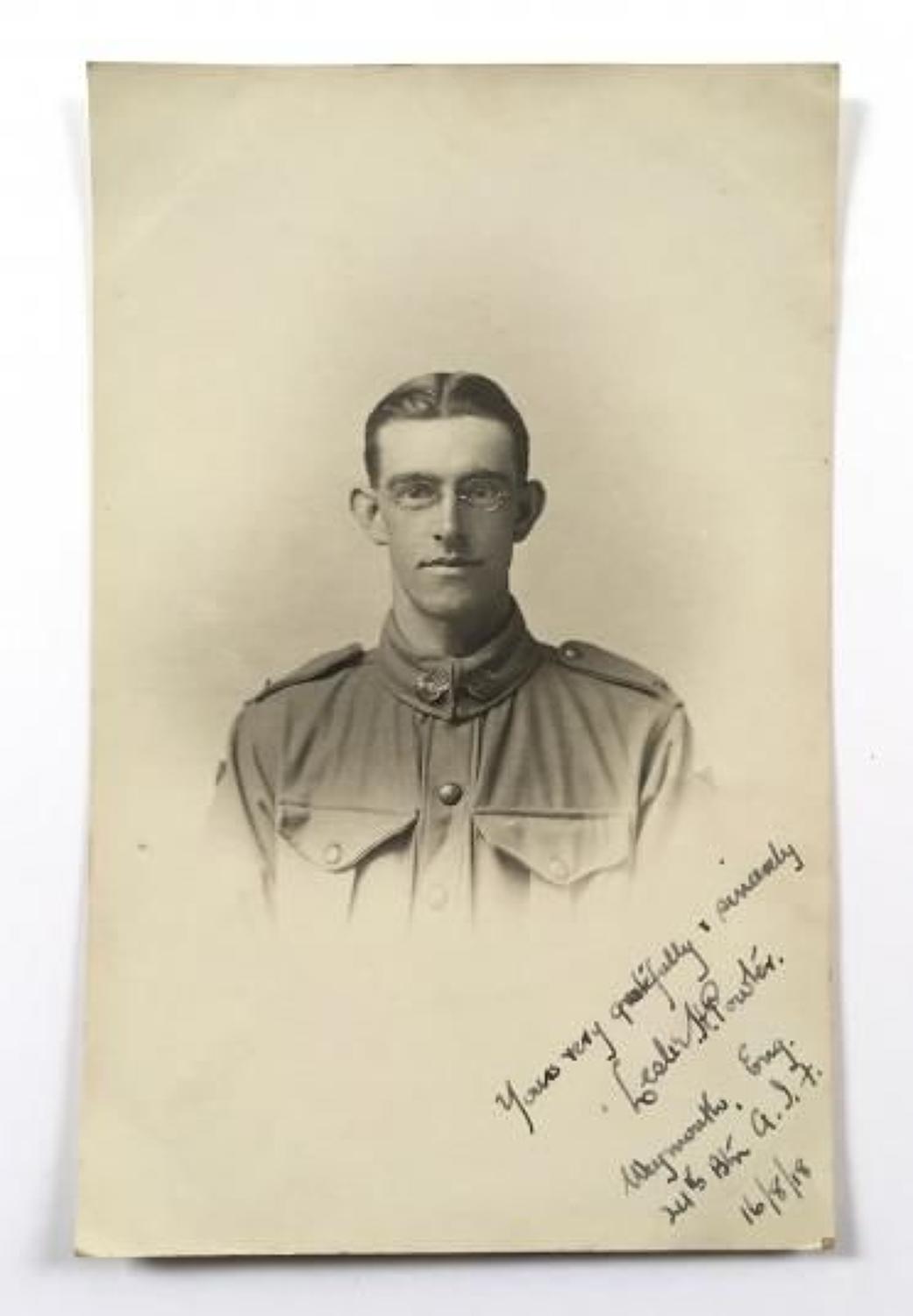 This photograph shows Private Powter in Australian Uniform with Bn Div patch to the arm. Private Leslie Harold Powter was born in New South Wales and enlisted in 1916. He saw service in Palestine before landing in France in November 1917. After a spell in Hospital in January 1918, he returned to Australia He is confirmed as serving with the 24th Bn. 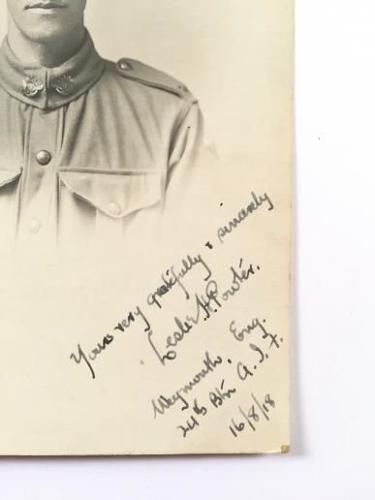 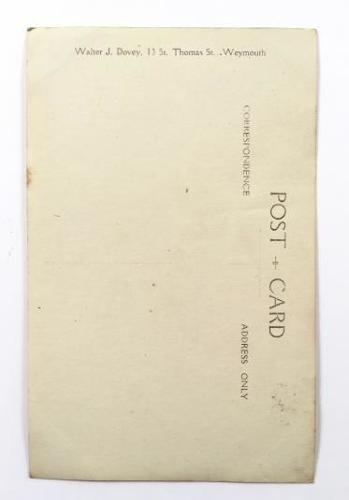