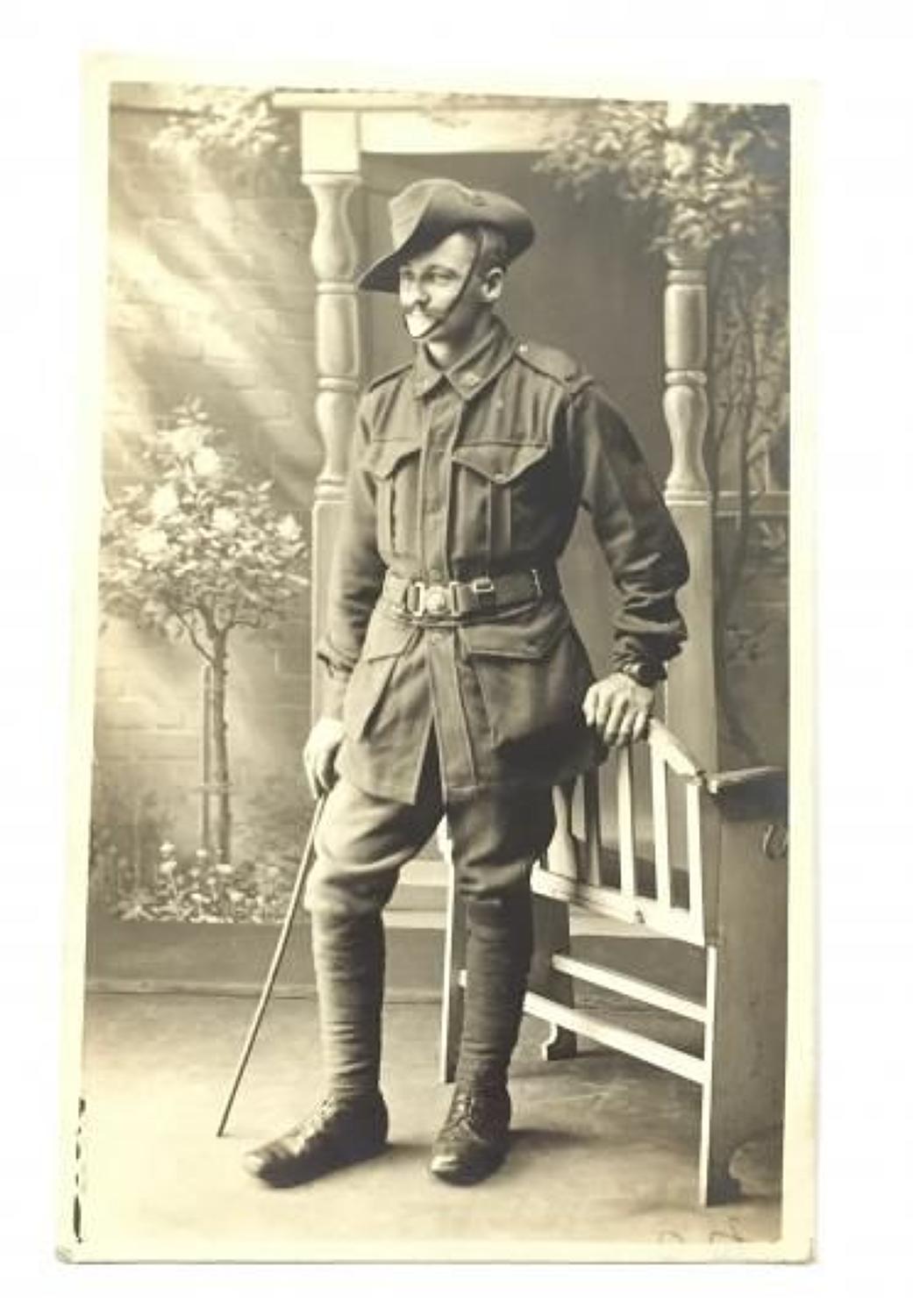 This photograph shows a Private wearing Australian Imperial Forces Uniform. The back is signed "Rob Roy Rankin 5162". Image clear. 5162 Private Robert Roy Malcom Rankin enlisted in 1915 and embarked to France landing on the 21st December 1916 and joined the 24th Bn AIF. He was wounded in January 1918 and returned to Australia for discharge in July 1918. 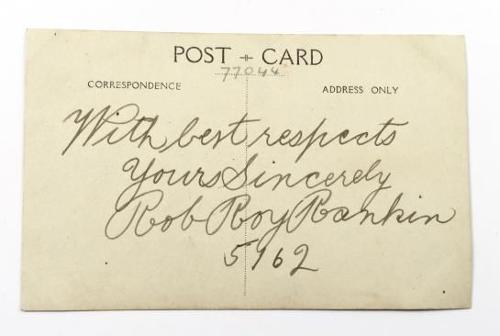