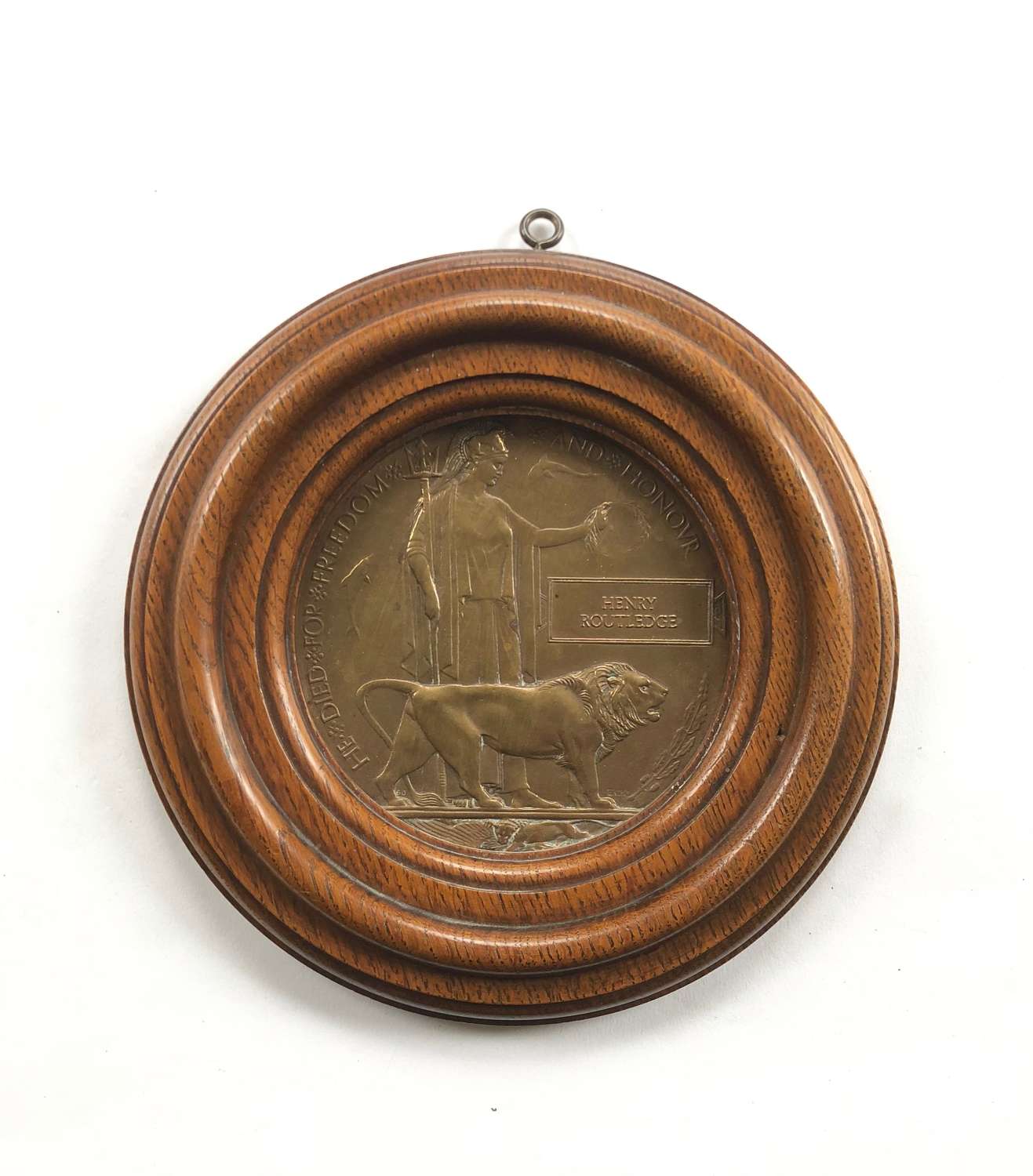 Issued to commemorate the ultimate sacrifice of “Henry Routledge”. The plaque has been period attractively mounted into a polished Oak Frame.

This appears to be a unique named plaque.

13402  Private Henry Routledge was Killed in Action on the 1st July 1916 whilst serving with the 15th (Service) Bn of the Durham Light Infantry.  He was a resident of Battle Bridge, Co. Durham.

PLEASE NOTE.
The commonwealth War Graves lists only one man with the name of “Henry Routledge”

The Roll of Soldiers Died In The Great War list three men of this name as follows.

This confirms the plaque to be a unique name. 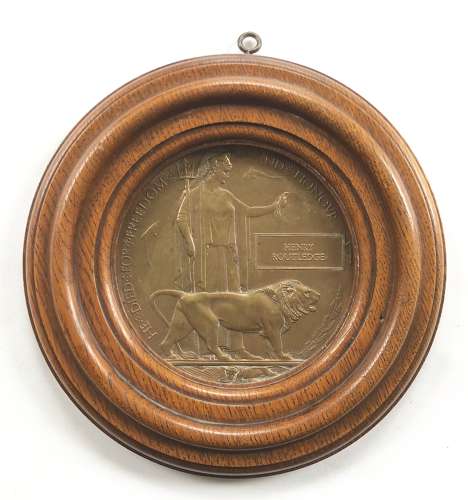 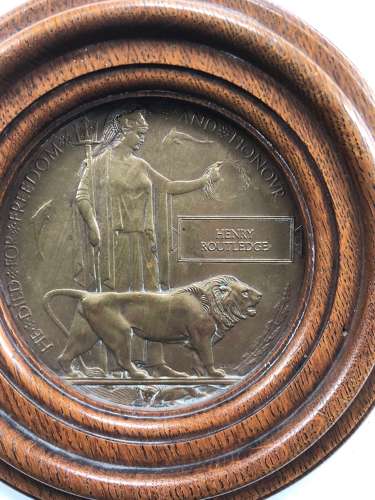 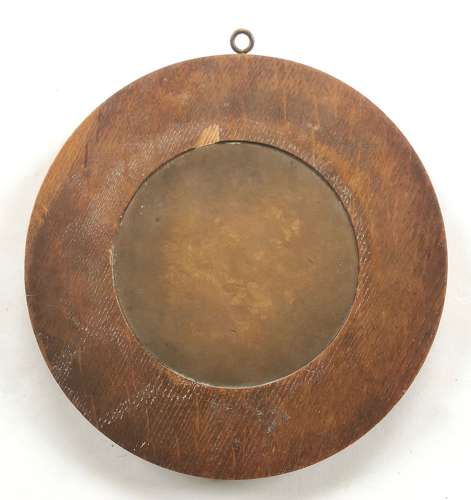 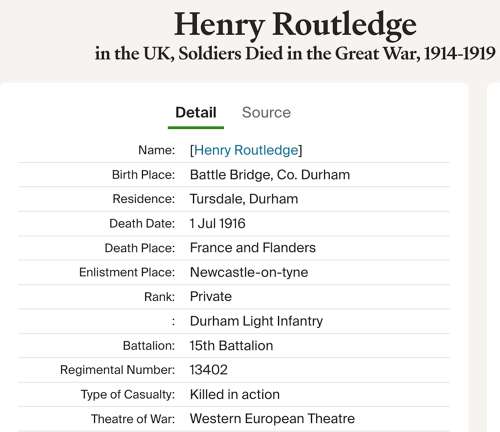 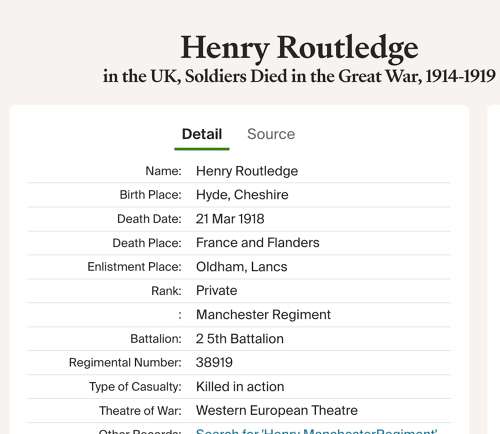