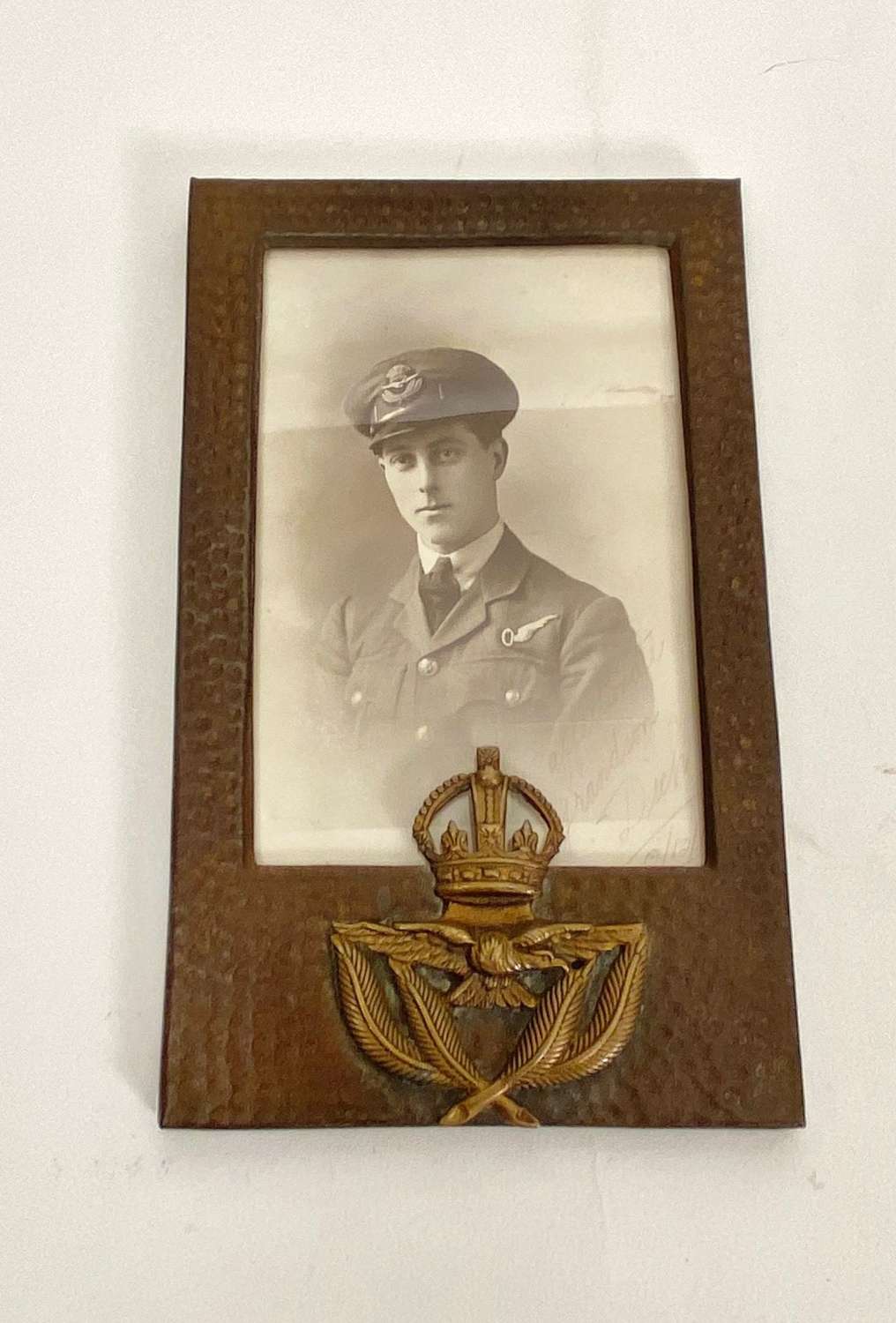 A very fine portrait of an early RAF Observer wearing the first pattern khaki uniform with Observer brevet to his left breast. He wears the 1st pattern RAF cap, with the early feature of two rank bars denoting the rank of Lieutenant. The postcard size photograph is mounted into a bronze frame mounted with the badge at the time worn by Second Lieutenants and later adopted by Warrant Officers.
The image is clear, frame good, but support to rear absent. Overall size 4 x 7 inches. 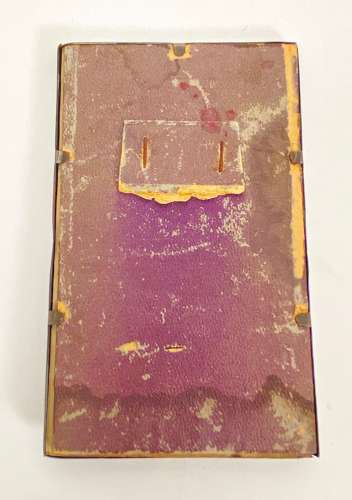 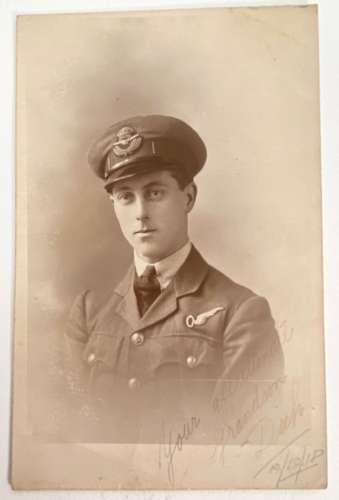 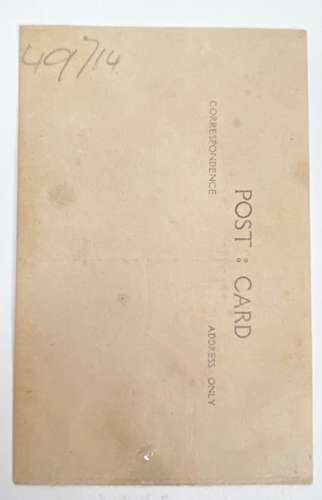 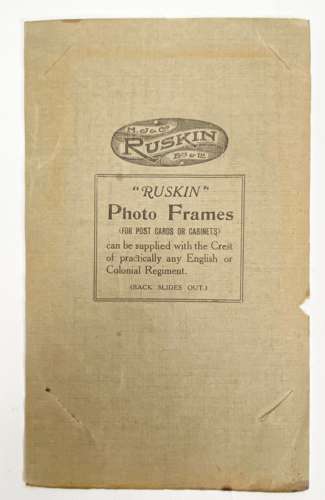