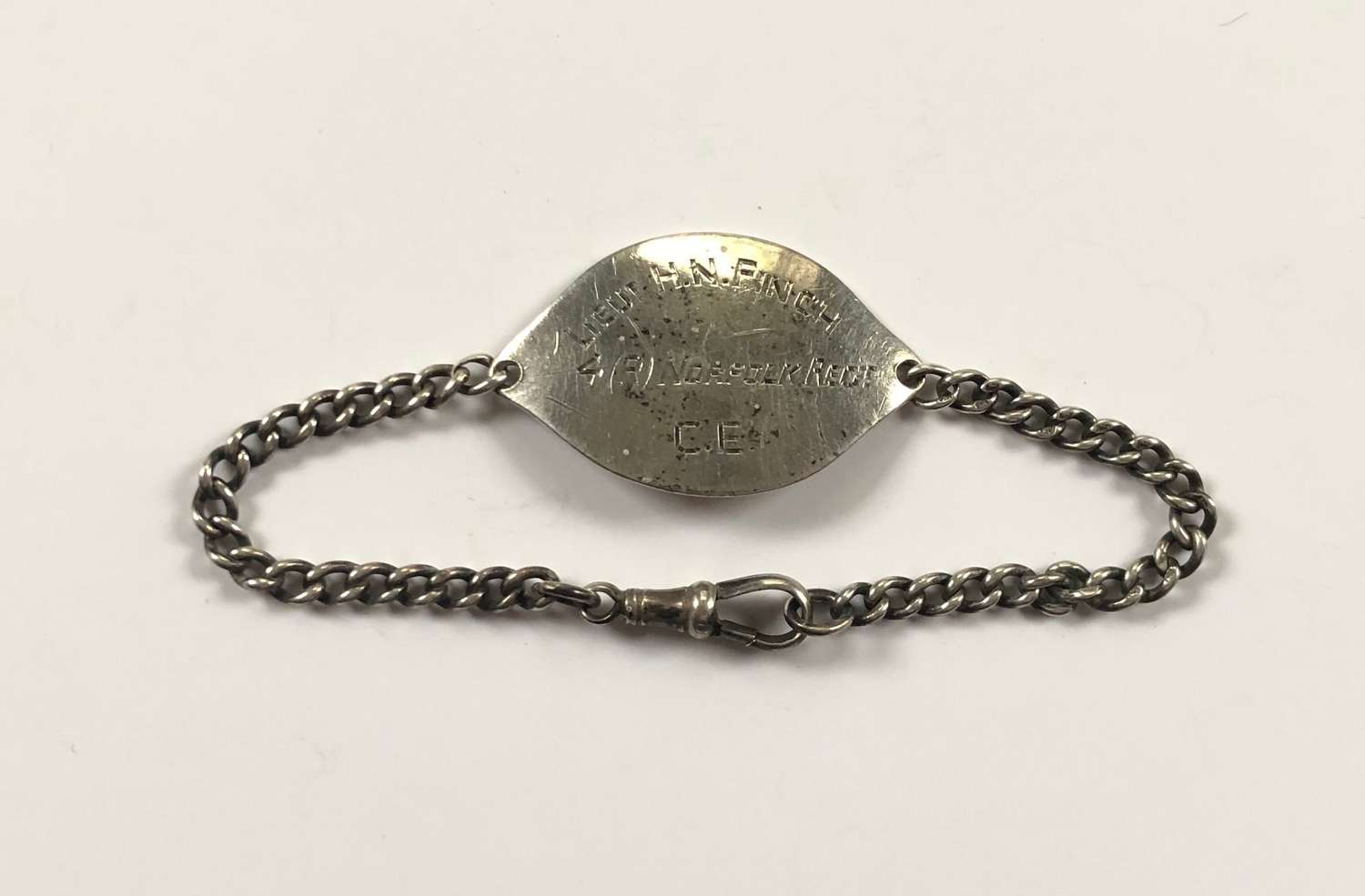 This example is made of Birmingham 1916 hallmarked silver and is engraved “LIEUT H N FINCH 4 (R) NORFOLK REGT CE.”  Complete with chain and sling catch.

Lieutenant Henry Noel Finch had previously served in the ranks with the Natal Light Infantry earning the 1914/15 Star. Returning to the UK his was commissioned into the Norfolk Regiment and landed in France on the 30th September 1916.He was wounded on the 9th May 1917, whilst serving with the 1st Bn, gunshot wound to the back. 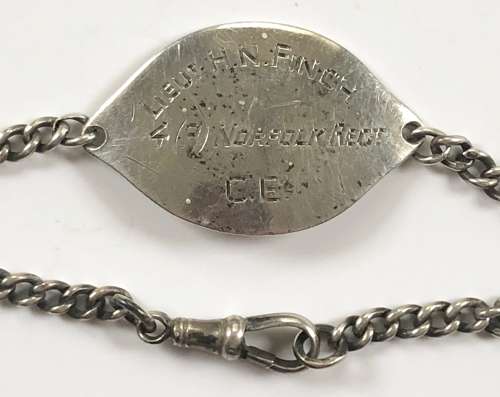