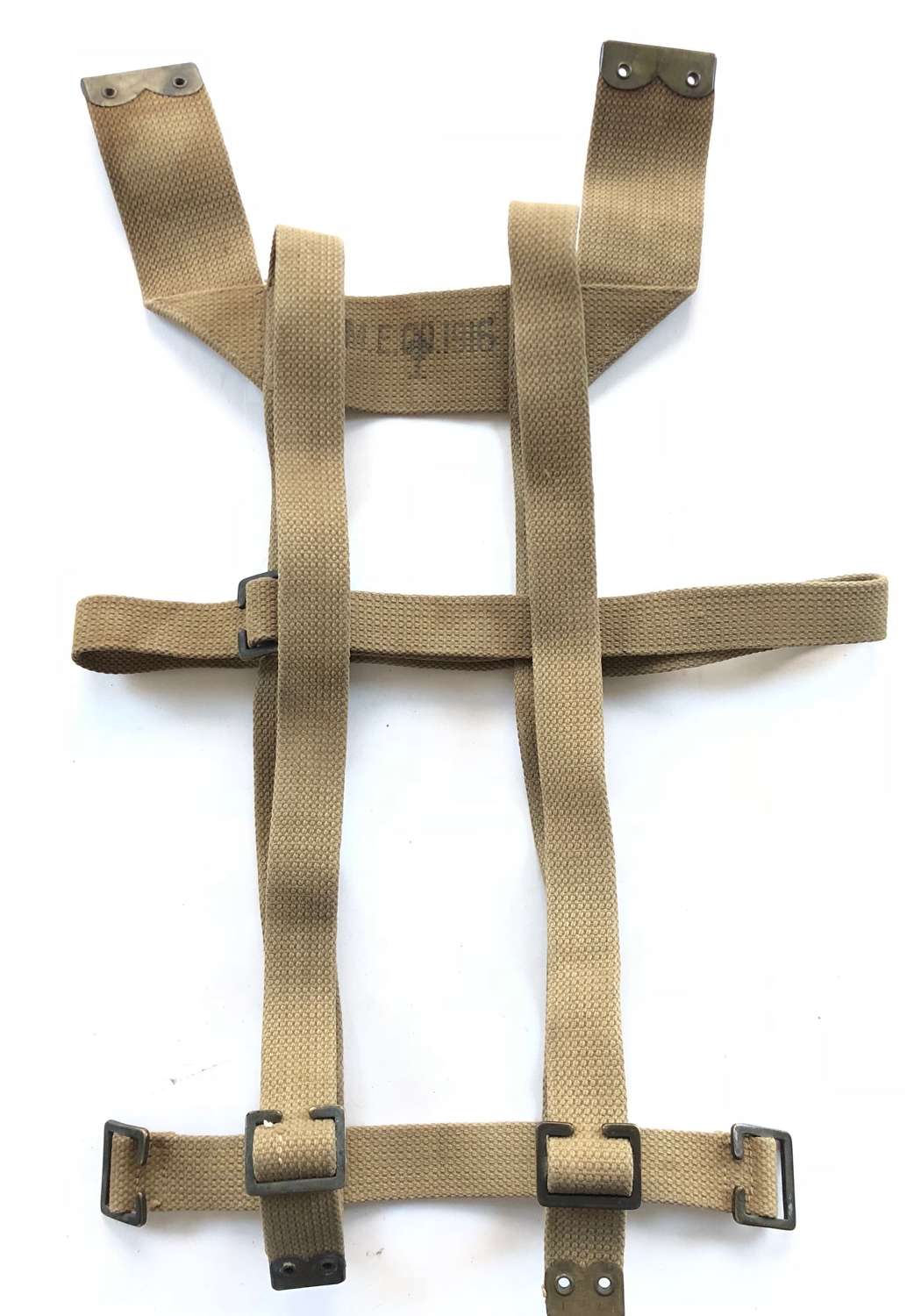 This is probably the rarest piece of Great War 1908 web equipment with only a handful examples known. This example with clear 1916 date stamp and the original owners initials “E.S”. Original unblanco condition. VGC. … Accompanied by a few straps which the original owner appears to have broken up from a second example

This Greatcoat carrier was used during the Great War by Lieutenant Edward Savereux who was commissioned with the 10th Bn Queen’s Regiment  and served with the Regiment in Egypt. He had previously served 14th (London Scottish) London Regiment. 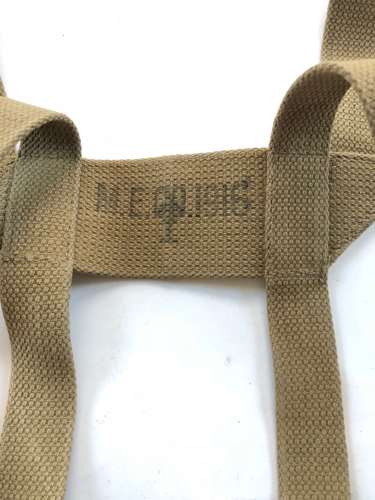 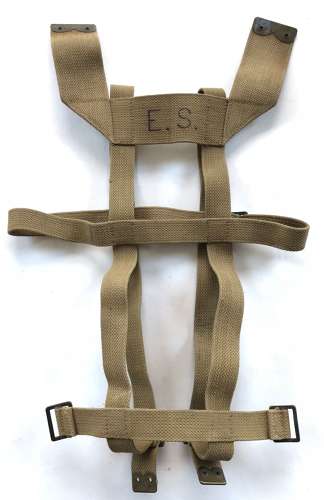 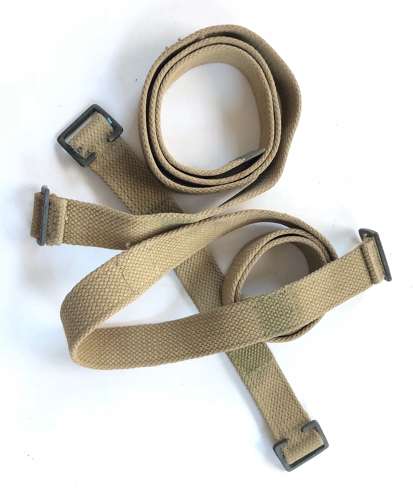