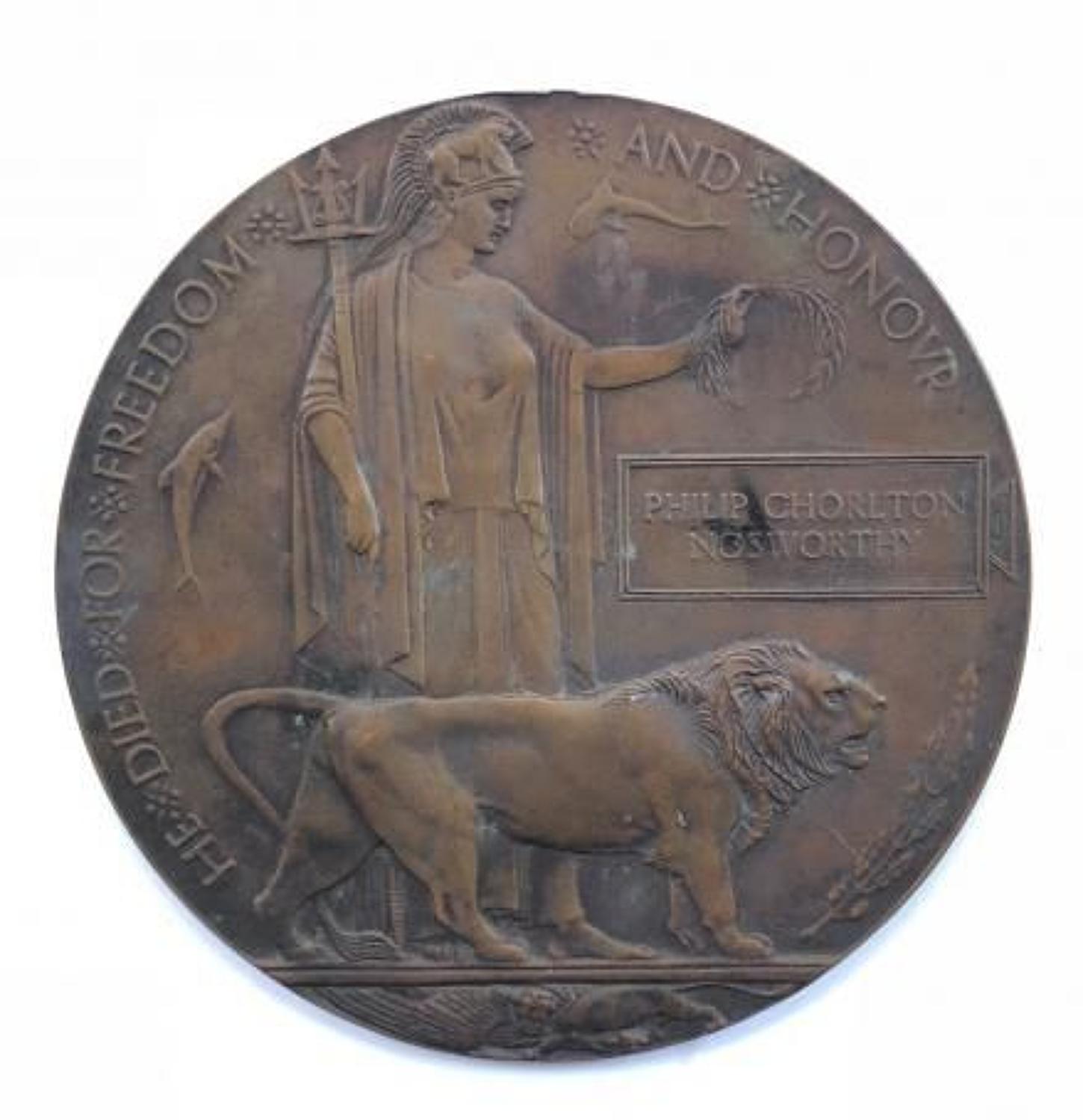 A unique named Plaque. Second Lieutenant Philip Chorlton Nosworthy was commissioned into the 3rd Bn Cheshire Regiment, he was attached to the 2nd Bn and landed in France on the 14th April 1915, he died of wounds within a moth of landing on the 11th May 1915. 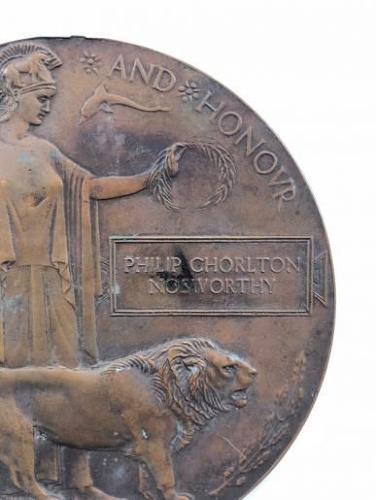 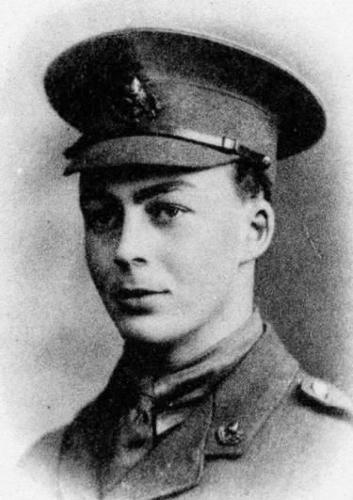