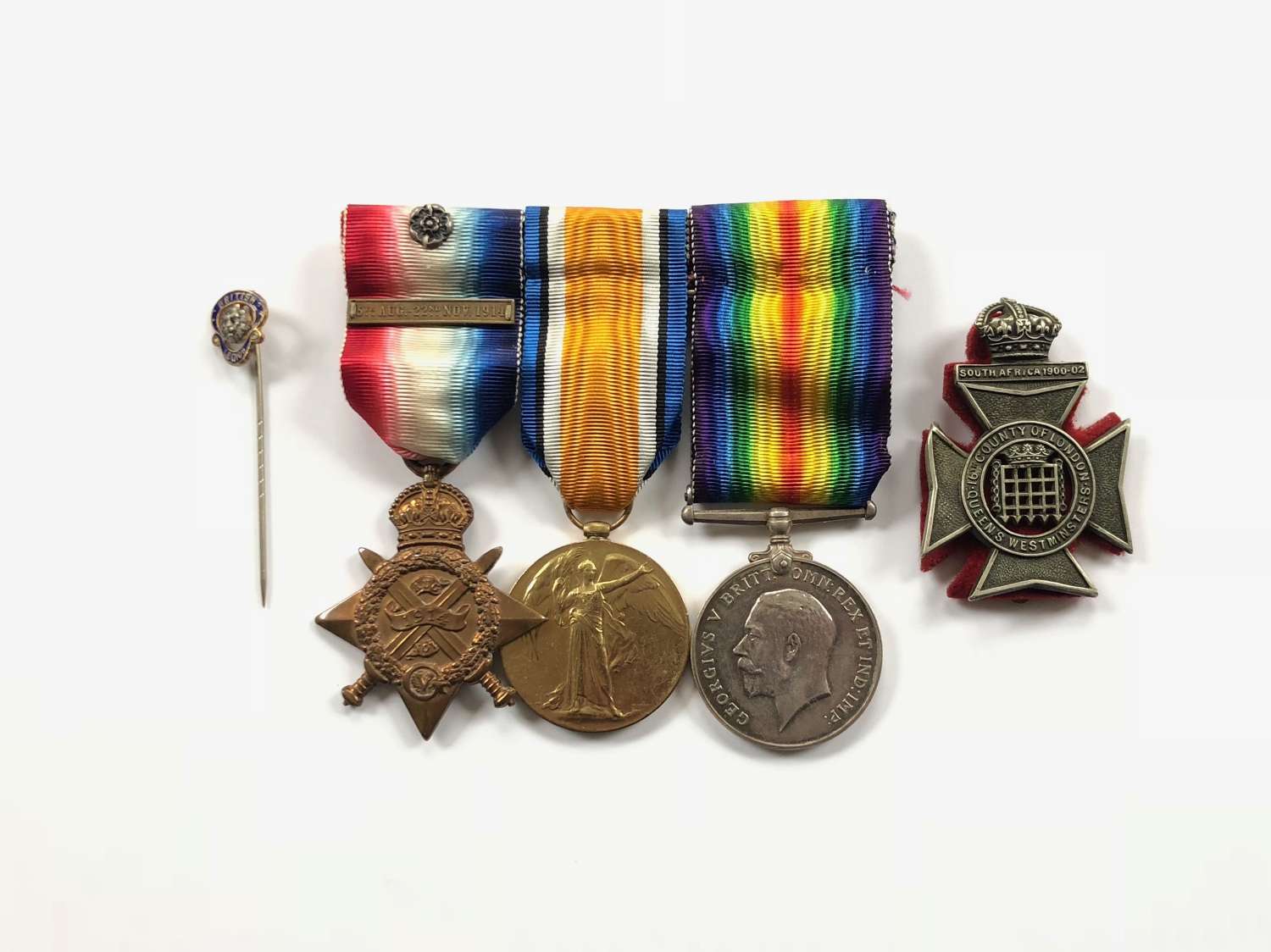 Awarded to Second Lieutenant Bryant Lillywhite who served in the ranks of the 16th Bn London Regiment before being granted a Commission in the newly formed RAF and qualifying as a Pilot.
Awarded to “1811 PTE B LILLYWHITE 16-LOND R”. Comprising: 1914 Star, with clasp “PTE 1/16 LOND R”, with clasp, British War Medal, Victory Medal “PTE 16 LOND R” . The group retains original ribbons and is mounted as originally worn. … Accompanied by a 16th London Cap Badge…. Also a British Legion stick pin.

Second Lieutenant Bryant Lillywhite was born in 1895. A pre war territorial he landed in France with his Battalion on the 1st November 1914 and was reported wounded in May 1915.
He was granted a commission in the RAF in May 1918 and attended number 5 School of Aviation and was later posted to 127 Squadron a day bomber squadron, but the squadron did not get to France before the end of the war. He was transferred to the Reserve in May 1919.

The 1914 Star with clasp is confirmed. 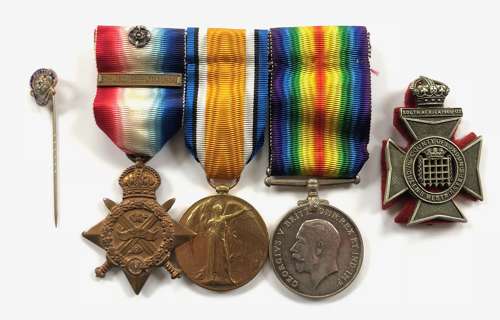 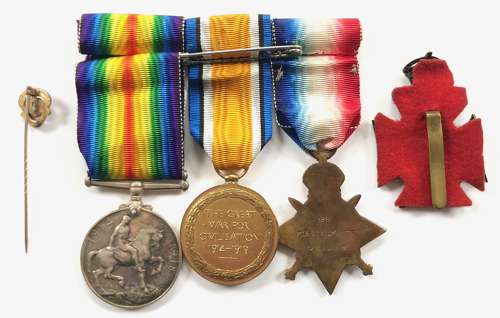 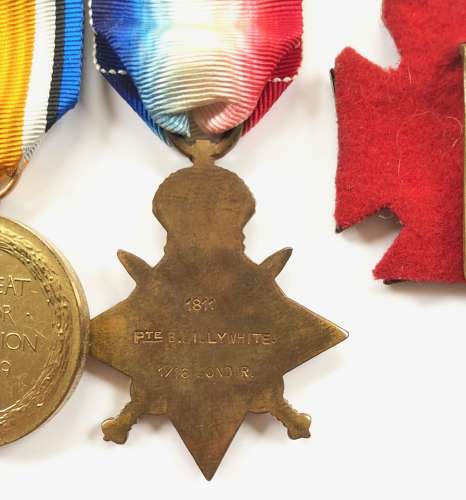