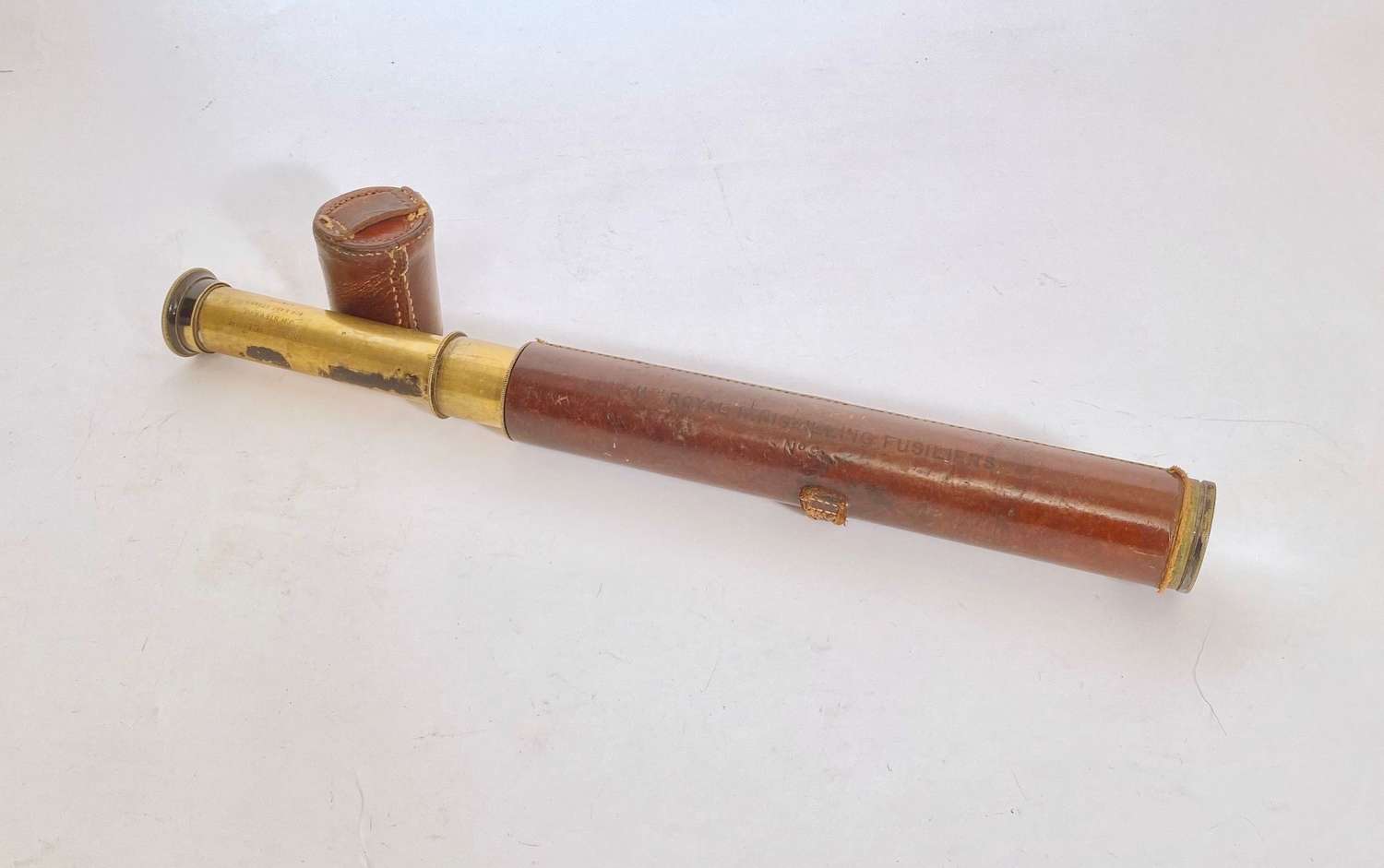 The 11th Bn was raised by volunteers from Donegal and Fermanagh at Omagh in September 1914. The lack of issue equipment at the time often found Battalions self funding, usually by public subscription, I think it is possible that at least nine telescopes were purchased and presented to the Battalion this been one of them before embarkation to France. The Battalion landed  in October 1915 and on the 1st July 1916 the first day of the Battle of the Somme was in the thick of it as part of the 36th Division. The Bn remained on the Western Front through the war and was disbanded in January 1918. I think there can be little doubt this telescope was there, a rare opportunity to acquire a been there and done it item