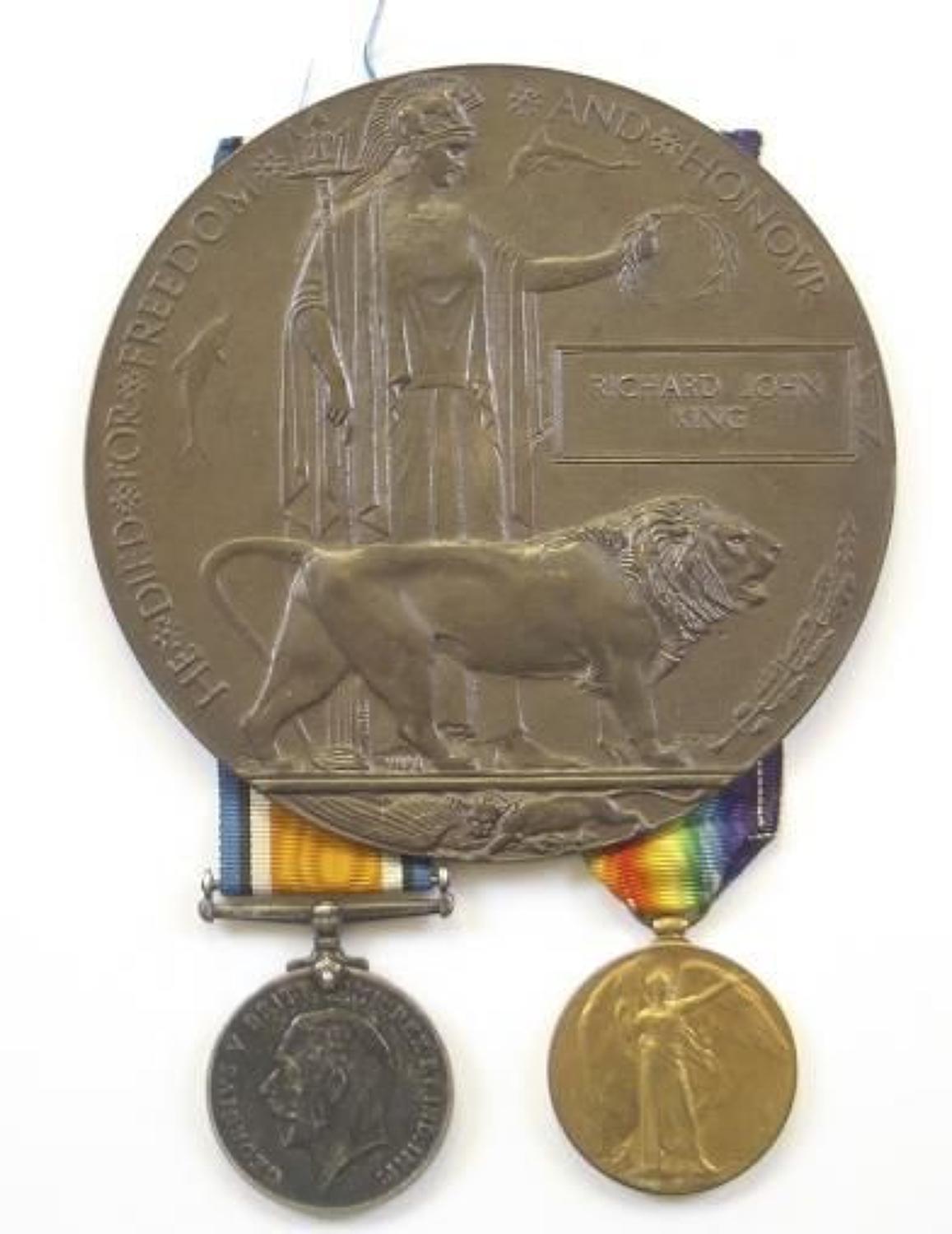 Awarded to S-18143 Pte R J King Rif Brig. Comprising: British War Medal, Victory Medal, Bronze Memorial Plaque (Richard John King). GC. Private Richard John King is confirmed as serving with the 10th Bn Rifle Brigade, he was Killed in Action on the 30th November 1917. He was awarded the BWM & VM only and was a native of Camberwell. He is commemorated on the Cambrai Memorial. 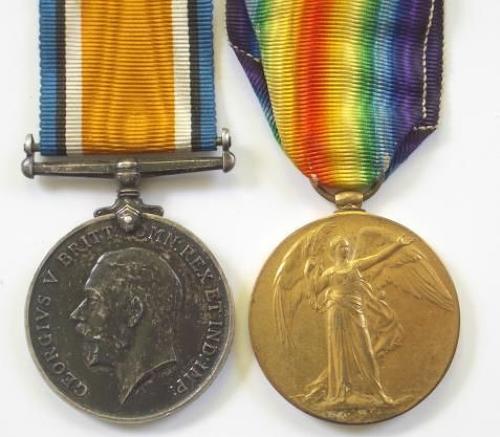 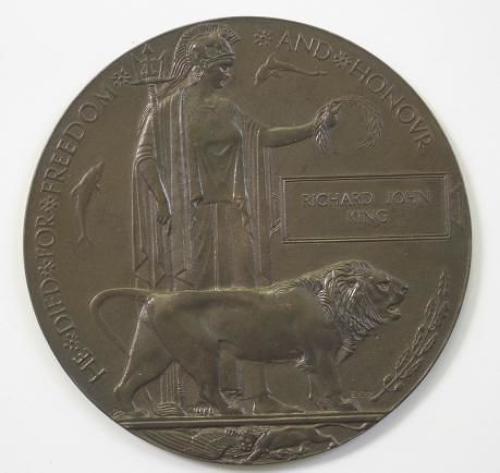 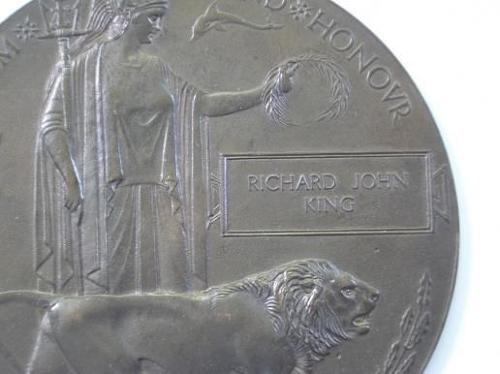