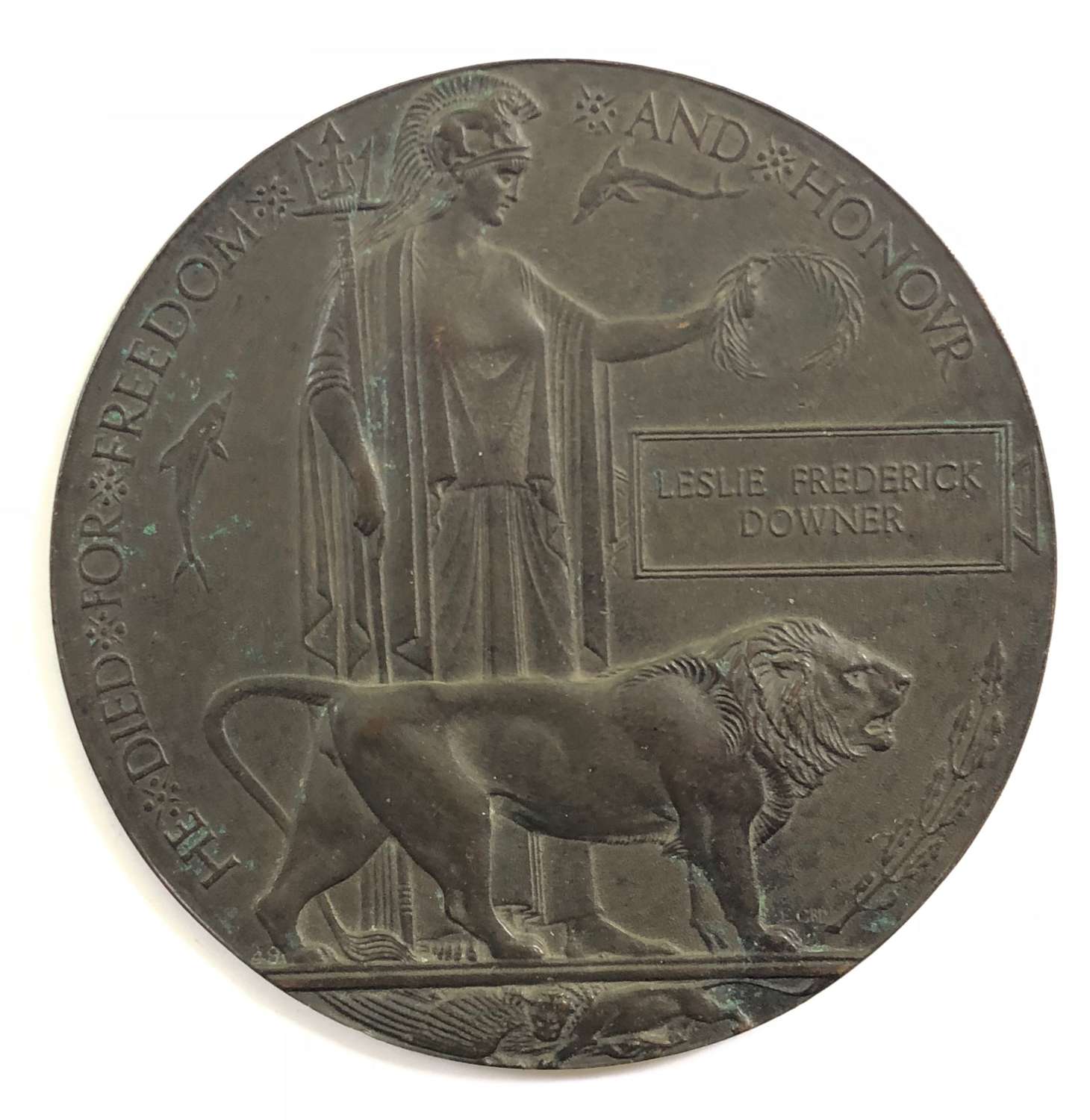 Issued to commemorate the ultimate sacrifice of  Leslie Frederick Downer for his country. GC
UNIQUE NAME

855333 Gunner Leslie Frederick Downer was a native of the Isle of White and served with the 1/5th Hants Battery of the Royal Field Artillery. He died of wounds on the 30th September 1916. His family grave stone includes the addition inscription GNR Leslie Frederick Downer RFA who laid down his life in the gallant defence of Kut, Mesopotamia Sept 1916 aged 20 years 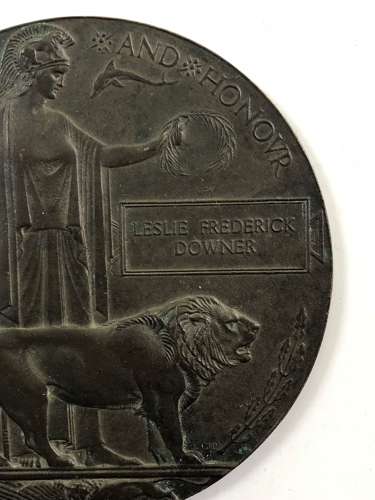 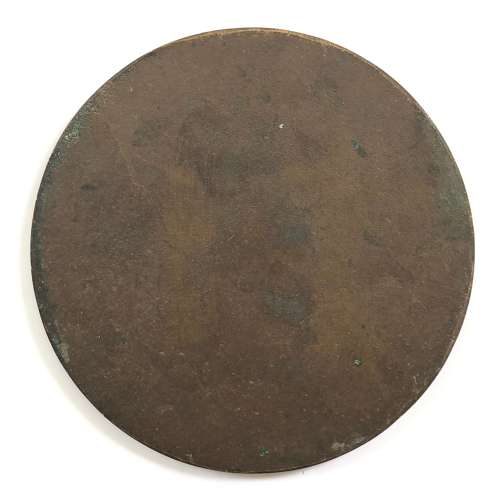