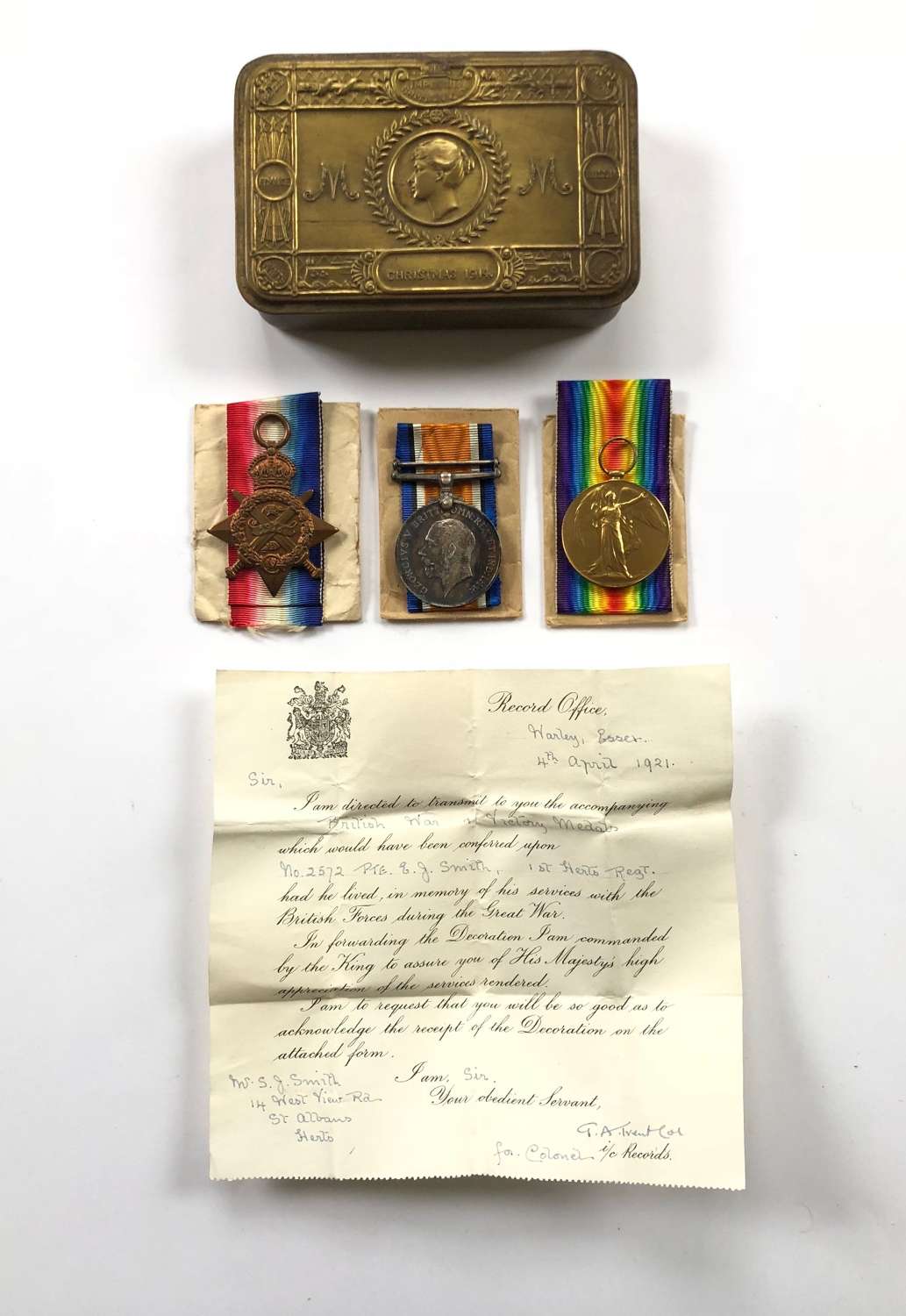 Comprising: 1914 Star “2572 PTE E.J. SMITH 1/1 HERTS R”, British War Medal, Victory Medal, “PTE HERTS R”. The medals are loose retaining original ribbons and complete with forwarding casualty letter for the pair and boxes for the pair.  The medals are contained in his 1914 Princess Mary Christmas gift tin GC and part of an envelope he sent from France addressed to a Mrs S J Smith of St. Albans.

Private Edwin Jack Smith landed in France on the 6th November 1914 and was reported Died of Wounds on the 19th May 1915. 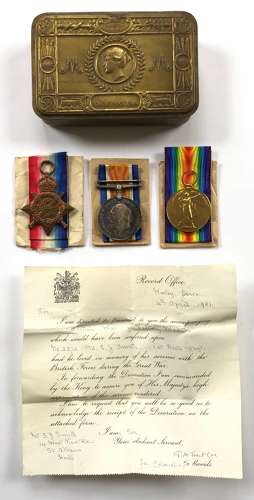 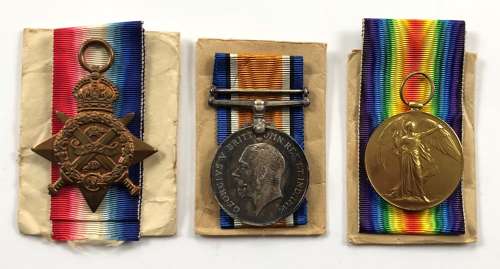 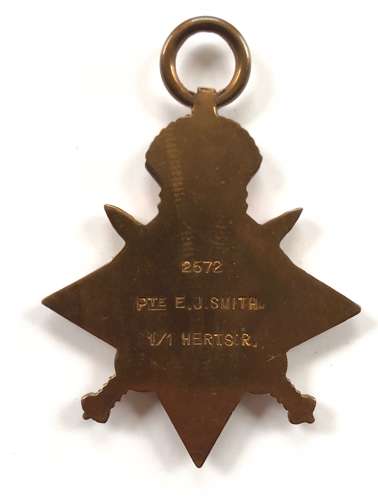 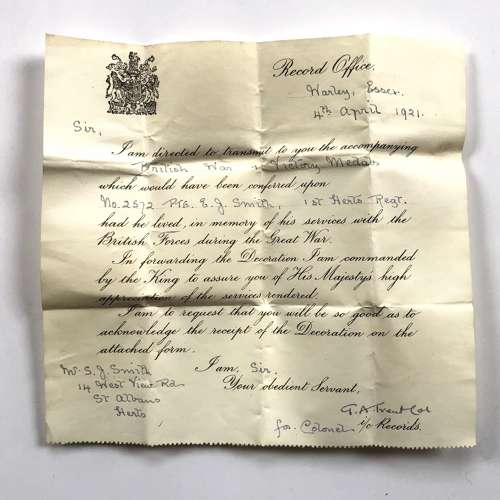 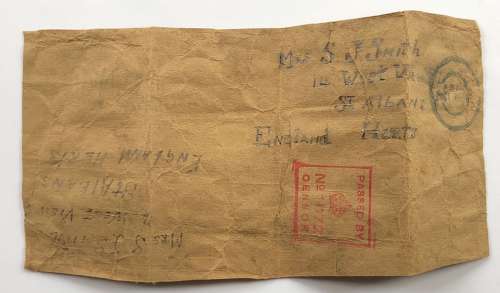 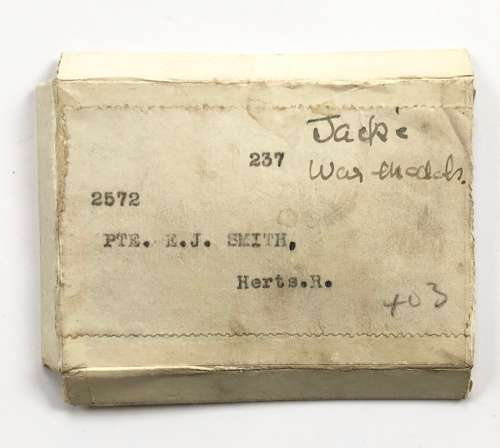 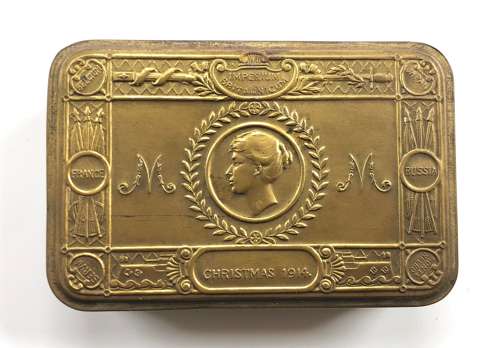 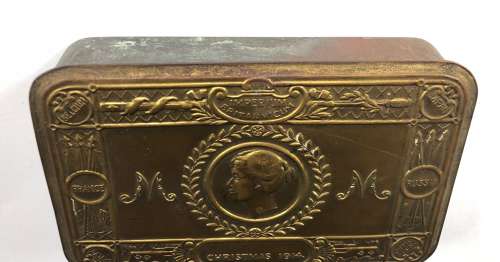