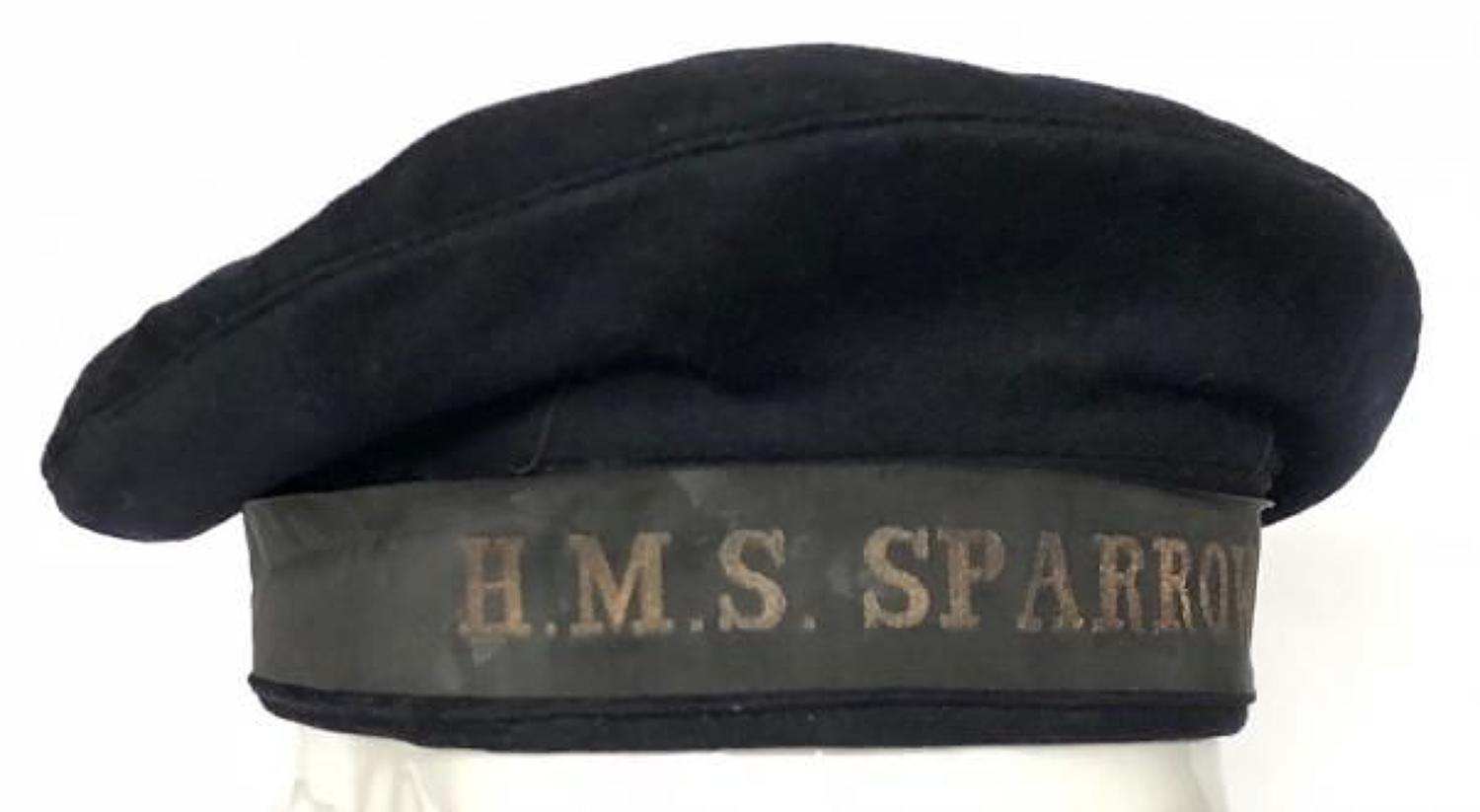 This early cap is typical of the late Victorian period, walking out cap being small and "floppy" style. The interior with soft leather sweatband and crimson silk lining. Retaining an early period cap tally for HMS Sparrowhawk. No moth damage Good clean condition. 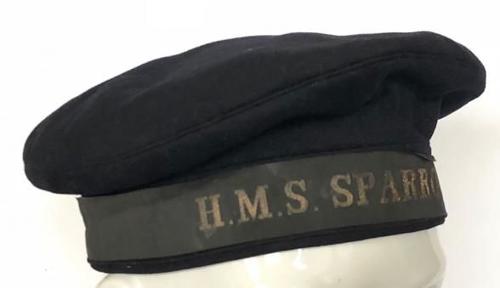 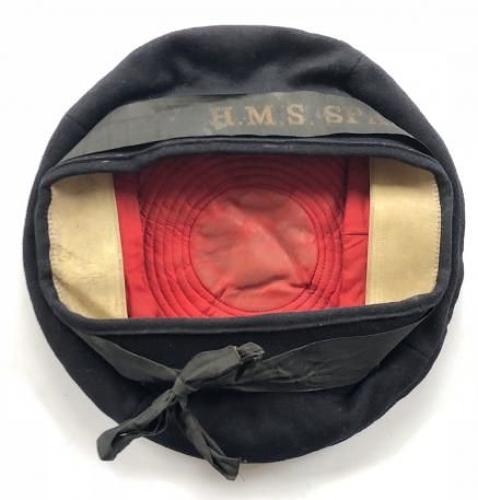