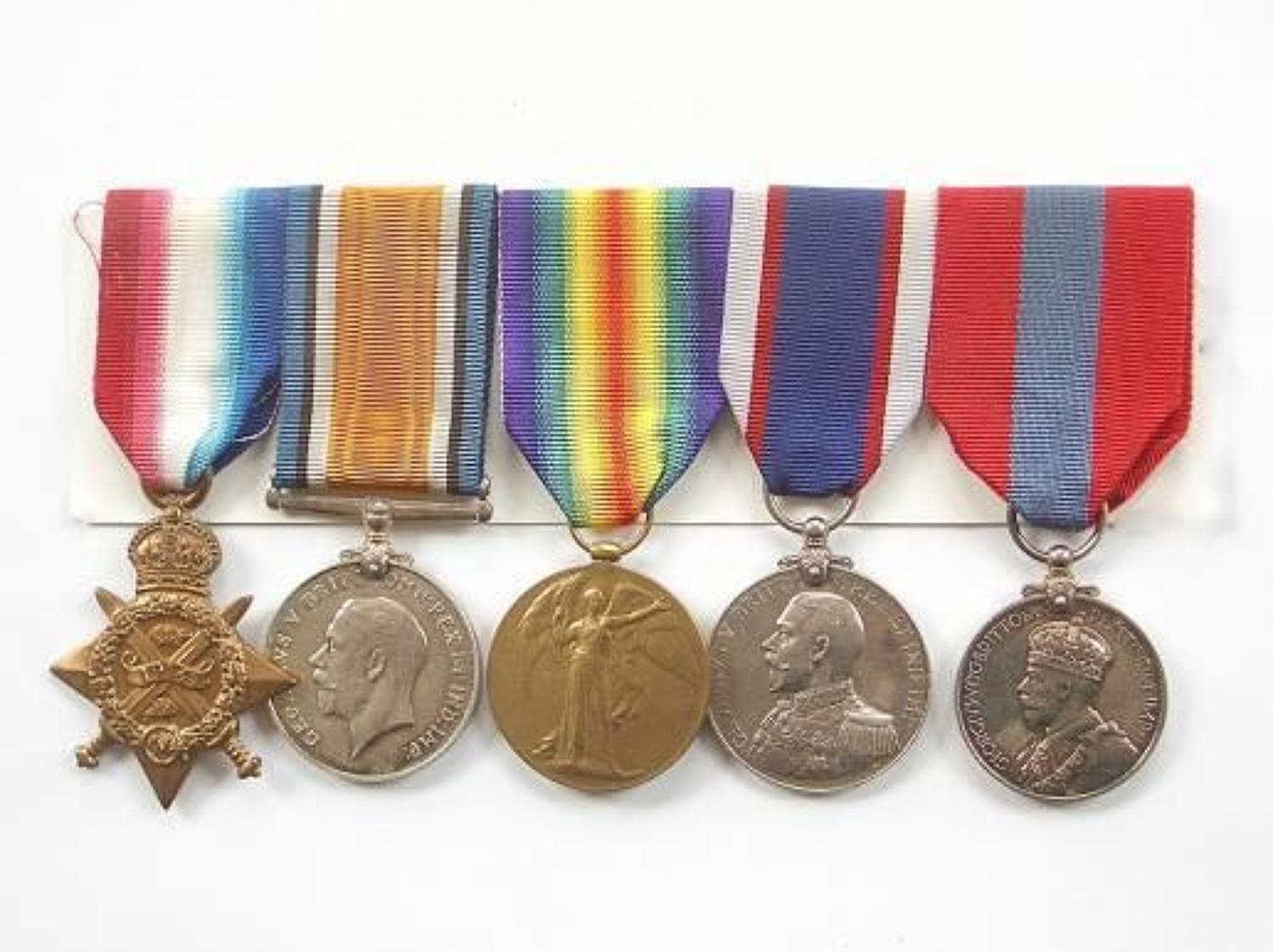 Charles Henry Baker was born at Hampstead in 1896. He joined the Royal Marines in May 1897 and was appointed Gunner in 1905. After nine years service he transferred to the Royal Fleet Reserve and was recalled to the Colours on the 2nd August 1914. He originally embarked to France with the RMA Headquarters and later transferred to the 6th Howitzer Brigade. He remained in France throughout the war and was granted home leave on two occasions. He married in 1918 and was discharged the following year. Settling down in Epsom Surrey he worked as a postman and his devotion to this duty was rewarded in 1936 when he was awarded the Imperial Service Medal.