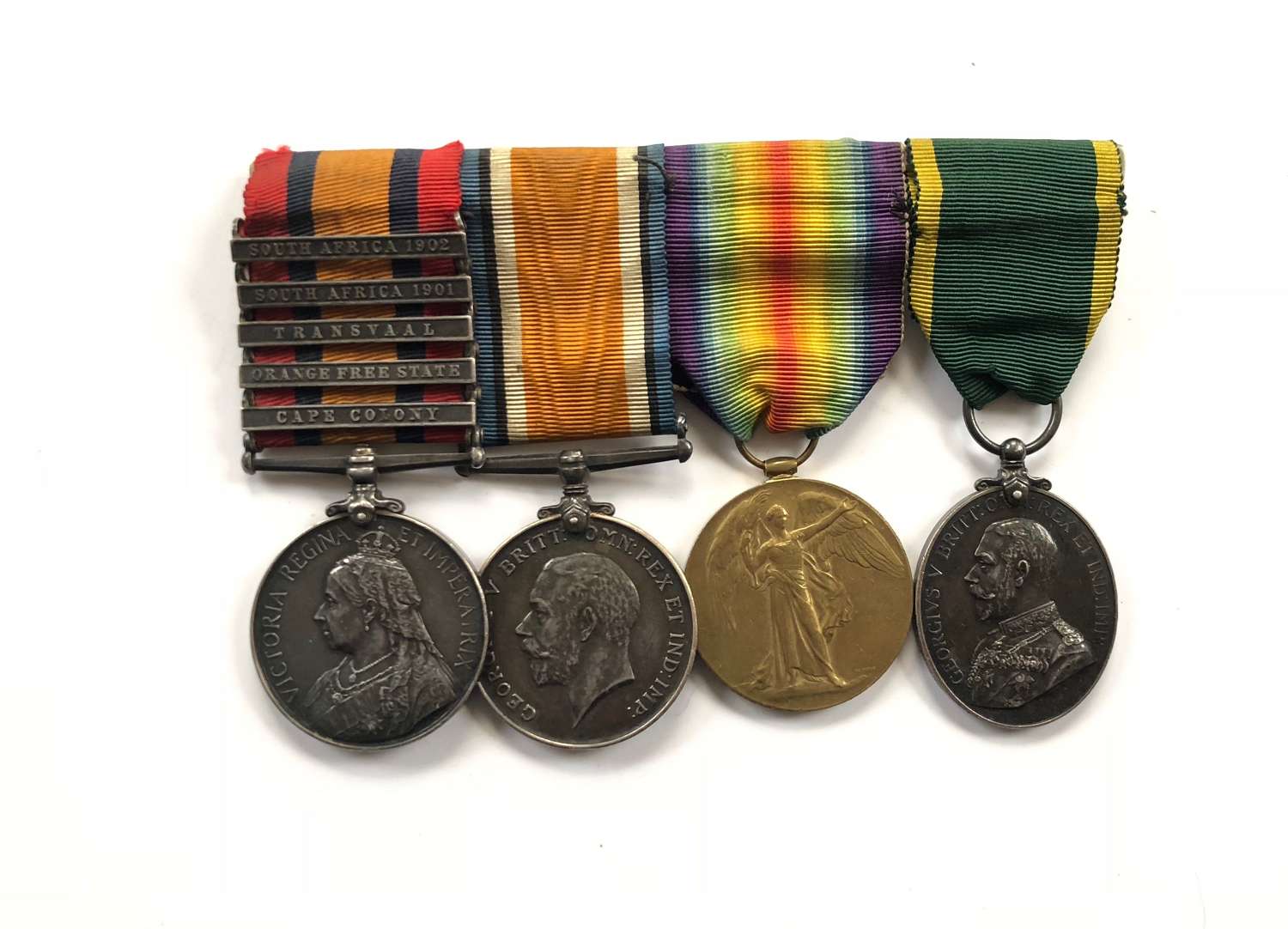 Awarded to Frederick Waddell, who served during the Boer War with the 108th (Royal Glasgow Yeomanry) and a Territorial living in Edinburgh fought with the local Battery of the Royal Artillery during the Great War.

Clasps to the QSA and all regimental numbers are confirmed.

B.Q.M. Sgt Frederick Waddell, living in Edinburgh he volunteered, serving with the 2nd Lowland Brigade RGA, but it would not be until June 1918 he would land in France and would remain there until February 1919. Remaining with the Battery he was awarded the TFEM in 1927. 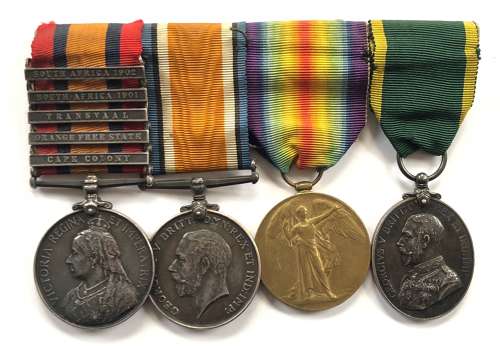 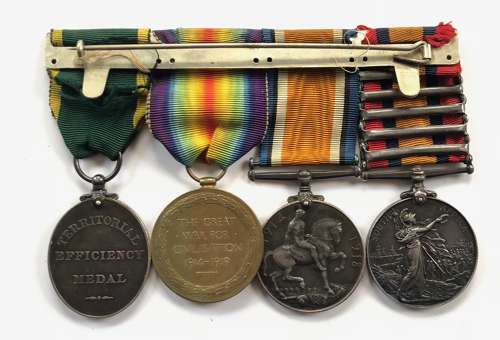 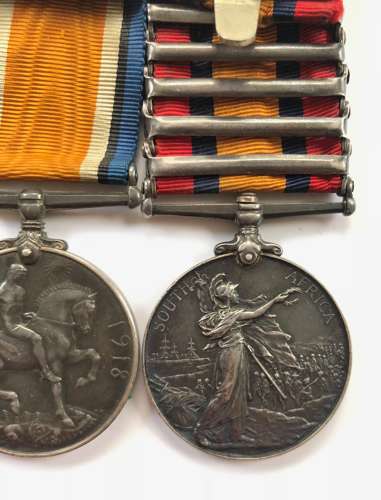