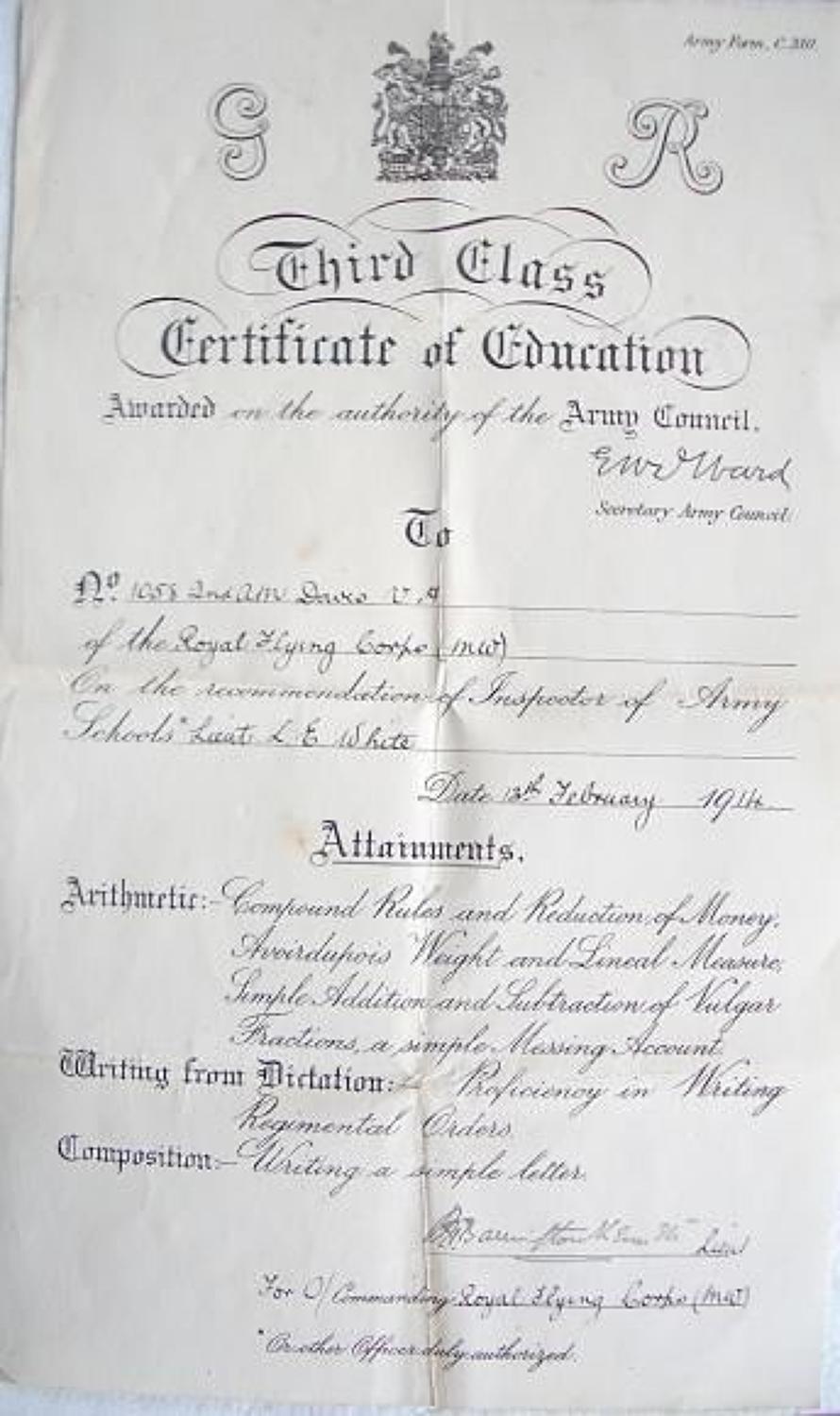 A very rare pre war example, awarded to 1058 2nd A.M. V.H. Davies. Awarded on the 13th February 1914 and bearing the rare signature of Basil Herbert Barrington-Kennett, then Adjutant of the RFC, who was Killed in 1915 serving with his original Regiment the Grenadier Guards.

Sergeant Observer Henry Victor Davis was a direct RFC entrant enlisting on the 27th January 1912. He served in France from the 16th August 1914 and qualified as an Observer. The RAF 1918 muster roll confirms this rank, He remained with the RAF after the war and was awarded the India General Service Medal for Waziristan . 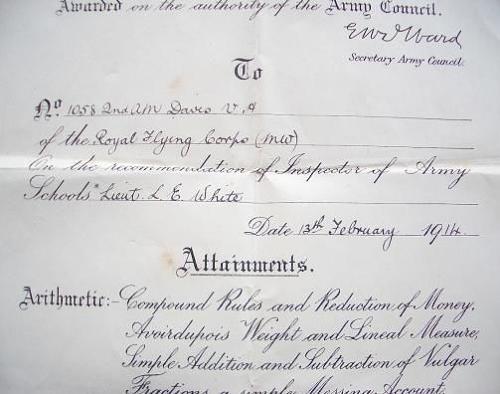 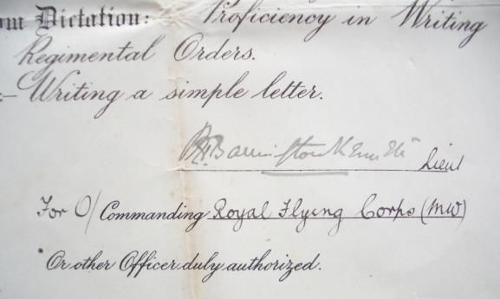