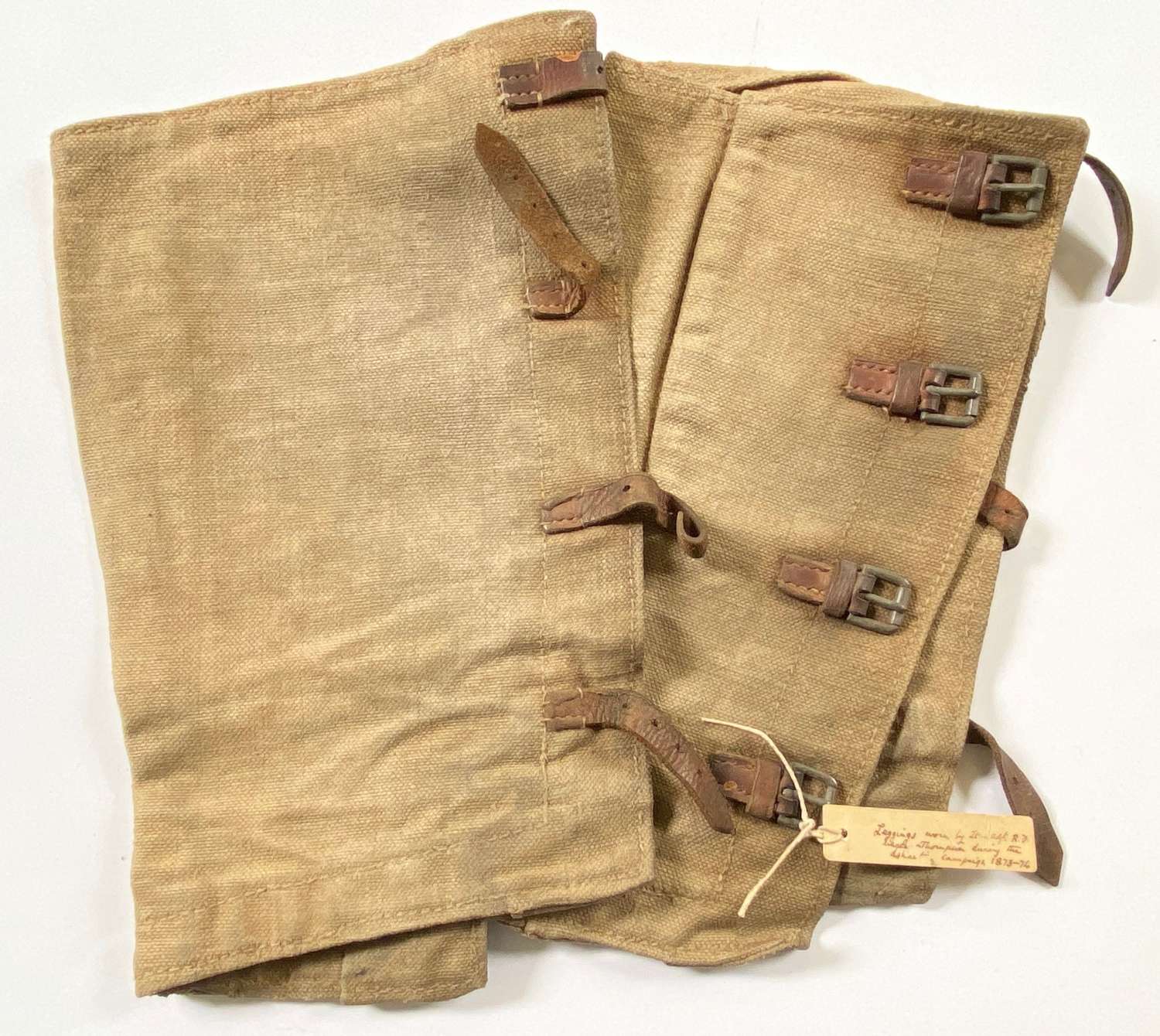 A very pair of Officer’s heavy canvas leggings know to have taken part in the Ashanti campaign of 1873-74. Heavy canvass with four leather straps and buckles. The interior with a faint in stamp. The leggings retain an old period label with ink details “Leggings worn by Lt Art R.F. Meysey-Thompson during the Ashanti Campaign 1873-76”

Some service wear, but remain in very good condition.

A very rare “being there” Victorian military collectible.

Colonel Richard Frederick Meysey-Thompson was appointed an Ensign 1866, Lieutenant on the  22 February 1871, Captain 1879, later transferred to the 4th Battalion West Yorkshire Regiment. Served throughout the second phase of the Ashanti War and was present at the battles of Amoaful, Ordahsu and the Capture of Coomassie. 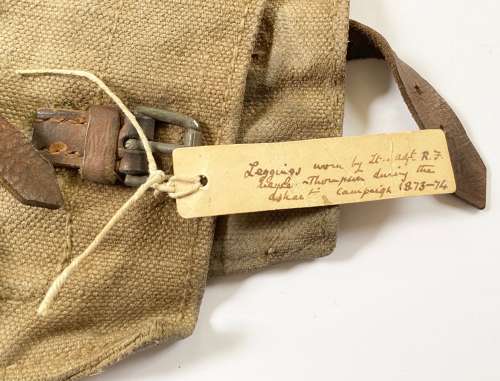 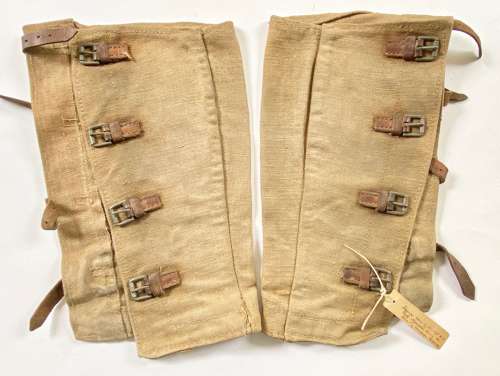 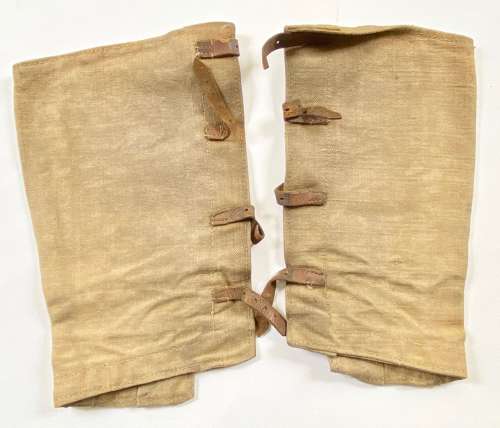 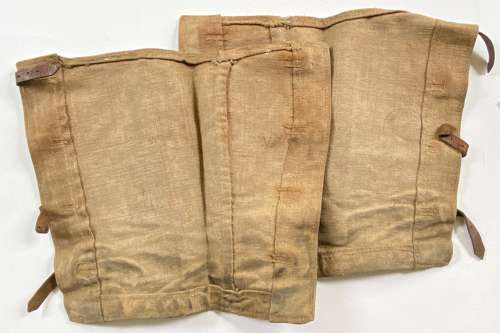