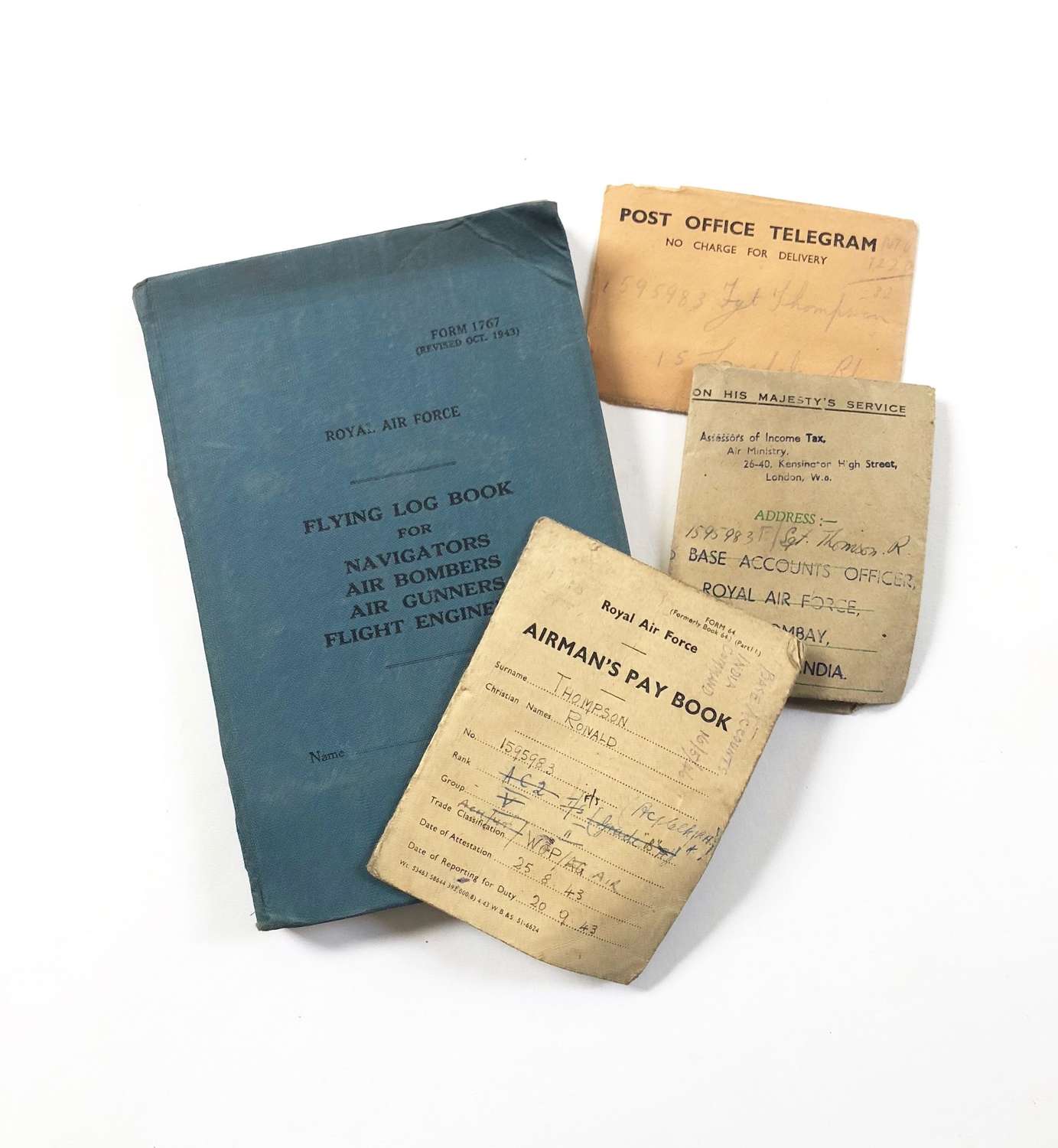 Comprising: Aircrew Logbook this covering the period of 25th March 1944 which his flight in a Dominie of No.4 Radio School. In February 1945 he is posted to a Communication Flight based at White Waltham home to the ATA. At this time flying Anson aircraft. In June 1945 he is posted back to No.4 Radio school. The last entry 3rd July 1945.
Accompanied by Airmans Pay Book showing he joined the RAF on the 20th September 1943. … Income Tax Form dated October 1945 now showing him serving in India. 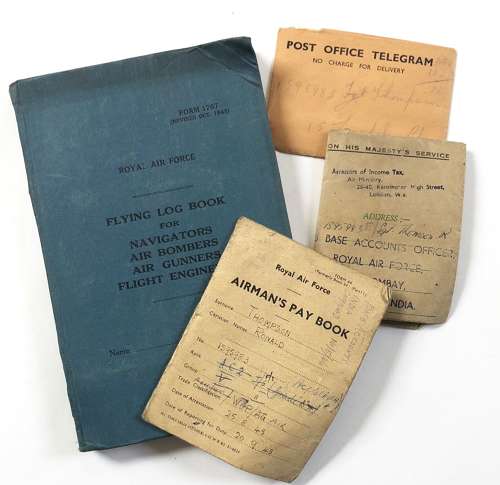 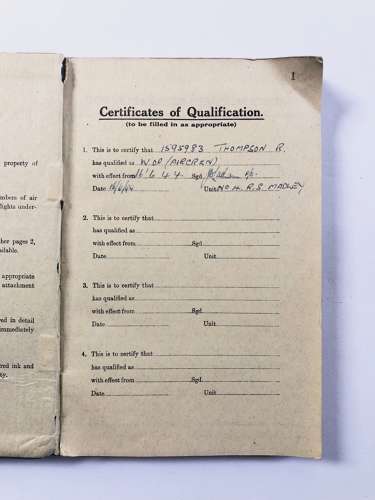 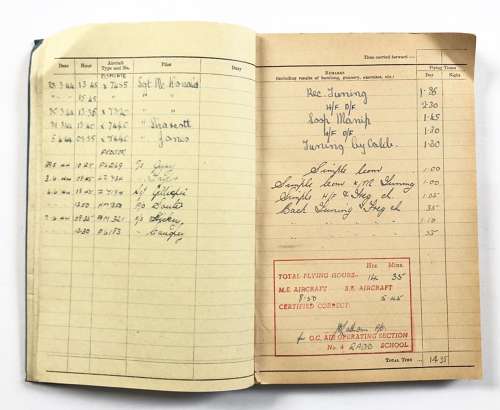 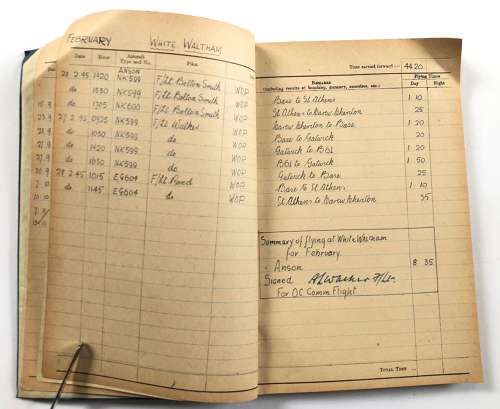 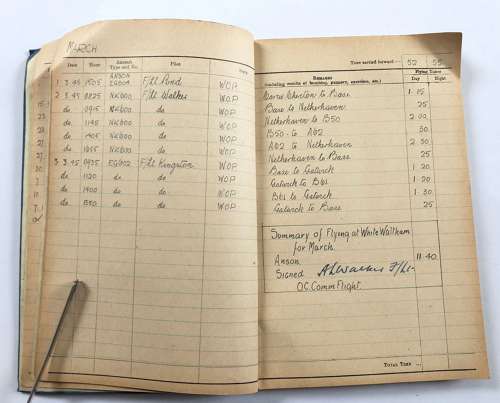 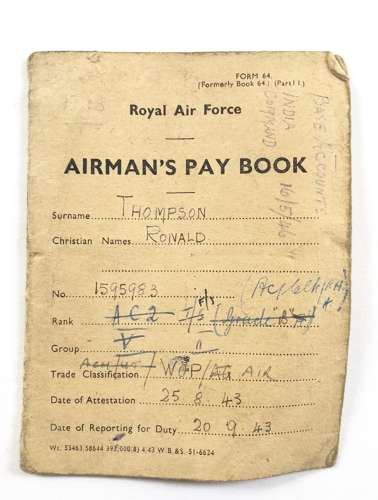 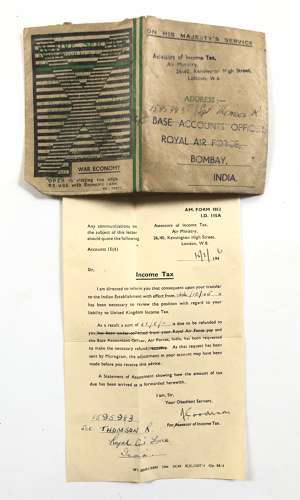 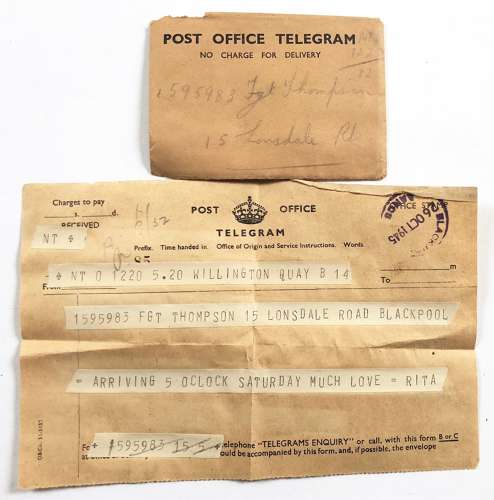