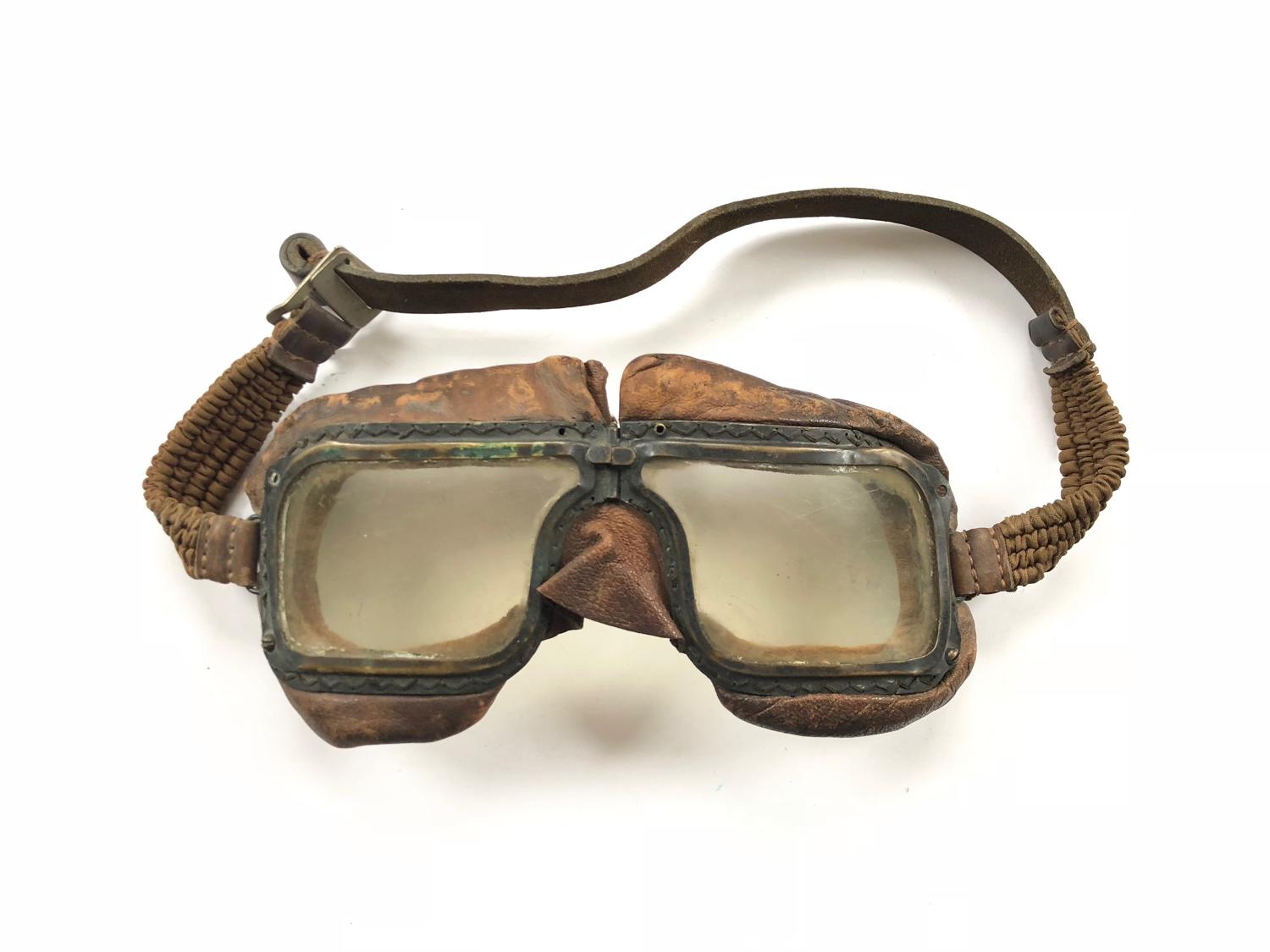 A good used pair of the pattern worn by RAF aircrew during the Battle of France and Battle of Britain. The strap with issue stamps, now faint. Two screws to the lenses absent and stitching fault to the nose crown. Padding hard. 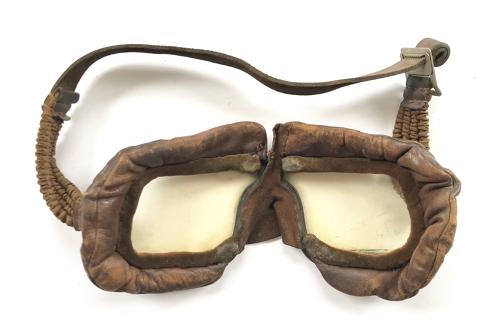 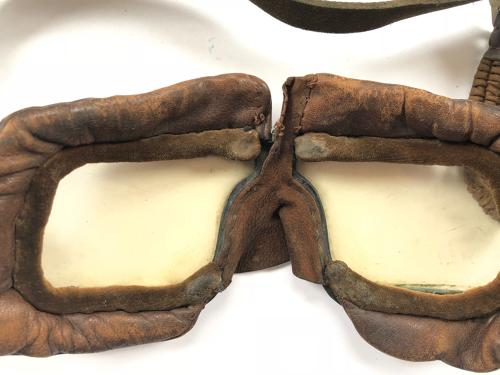 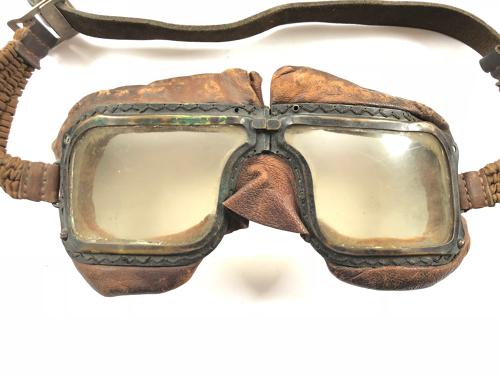