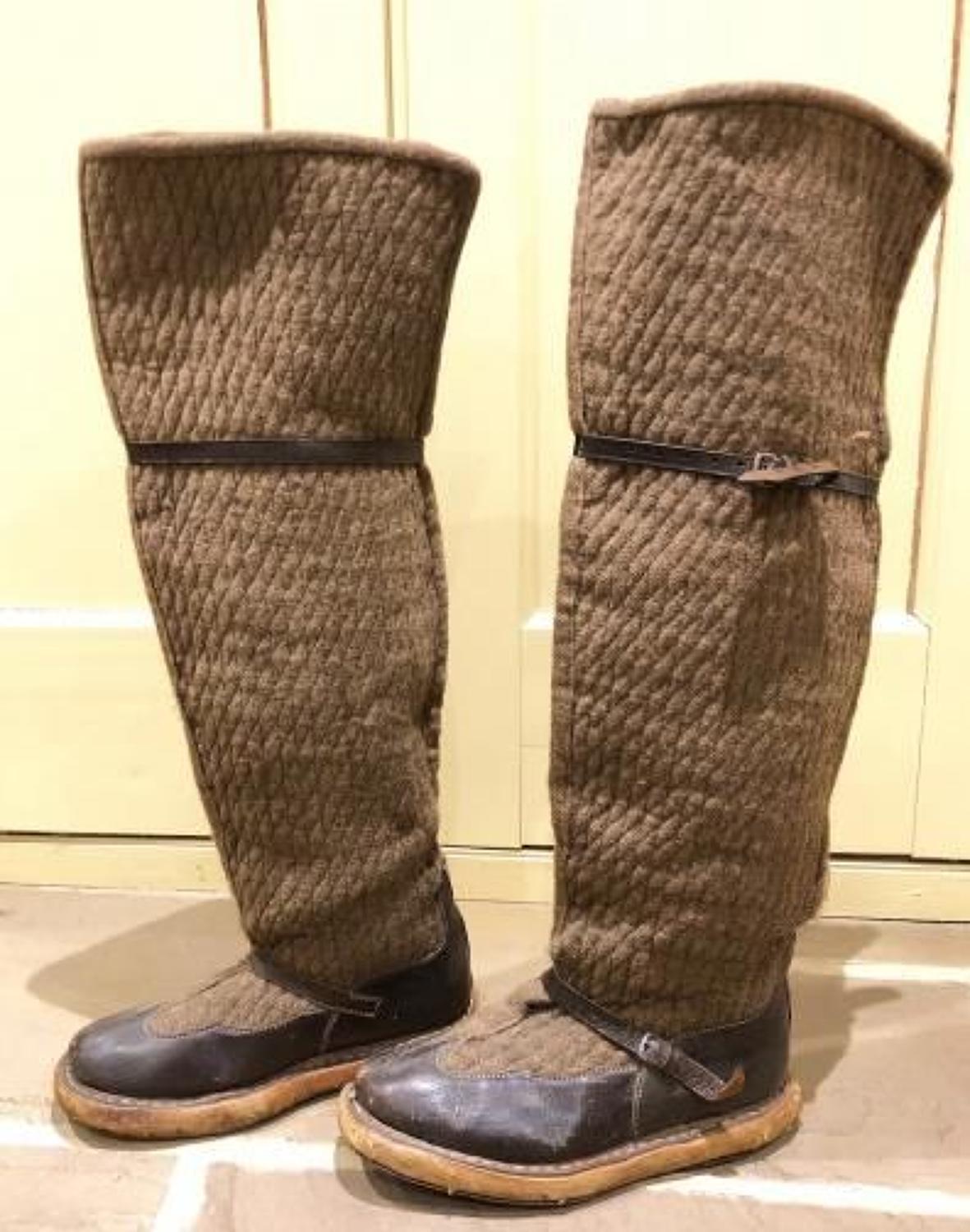 An extremely rare and good pair of the “India Pattern” Fug Boots used by RAF aircrew operating on the North West Frontier of India. The thigh length upper section of quilted felt, with leather trimmed shoe section. Complete with leather retaining straps. The felt has no moth damage, but some service wear, with a few period field repairs to the felt. Overall a Very Good Clean Pair. 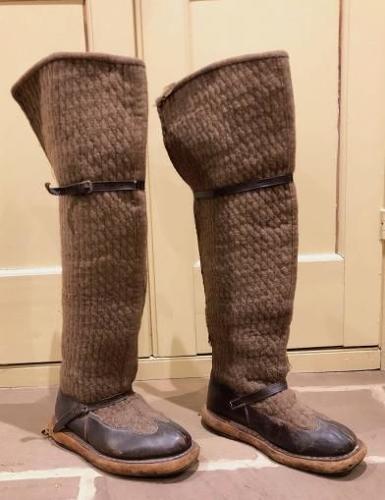 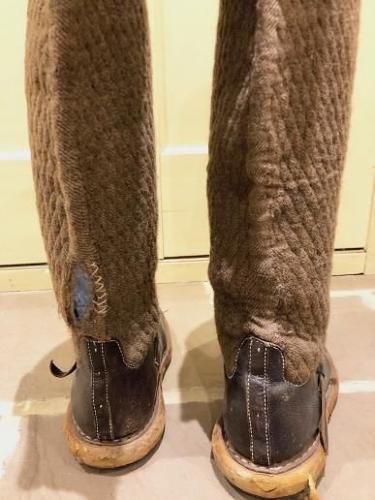 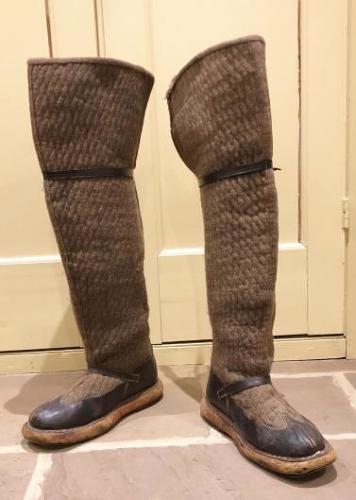