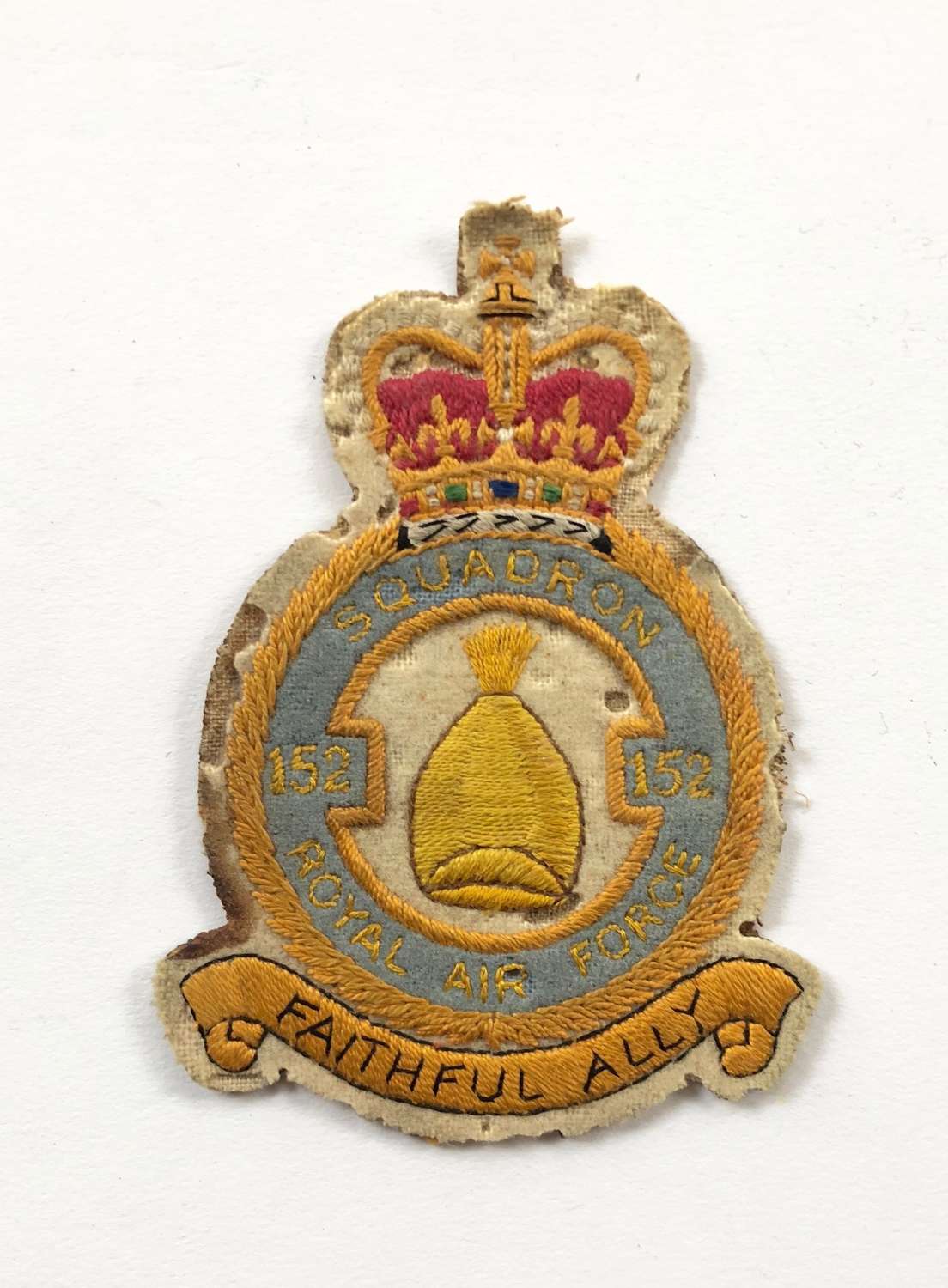 A scarce white backing example, with cotton embroidery, typical of the pattern worn on the aircrew flying suit. GC with moth nips.

The squadron was reformed at RAF Wattisham on 1 June 1954 as a night fighter unit flying the Meteor NF12 and NF14, until again disbanded at RAF Stradishall on 11 July 1958.[4]
On 1 October 1958, No.152 Squadron was reformed, this time as a transport squadron in the Persian Gulf., operating the Hunting Pembroke and Twin Pioneer aircraft. It was disbanded on 15 November 1967 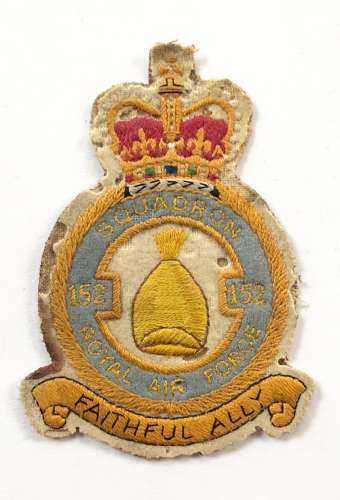 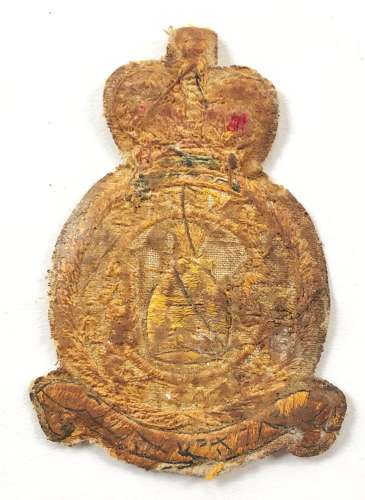