A scarce and interesting example compiled by Corporal R.F. Clay who flew operationally with 99 Squadron between May 1960 and April 1963. The log records ops in Beverley and Britannia transport aircraft, UK, Middle and Far East. Over 1,000 flying hours recorded. GC Slight wear.

99 Squadron was the first RAF squadron to be equipped with the Britannia. Besides its normal duties No 99 Squadron was involved with the evacuation of civilians from the Congo in 1960 Kuwait in 1961 and Belize in the same year 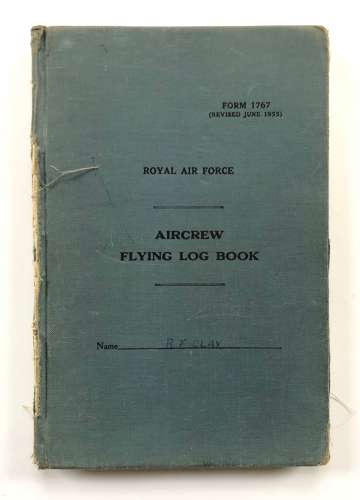 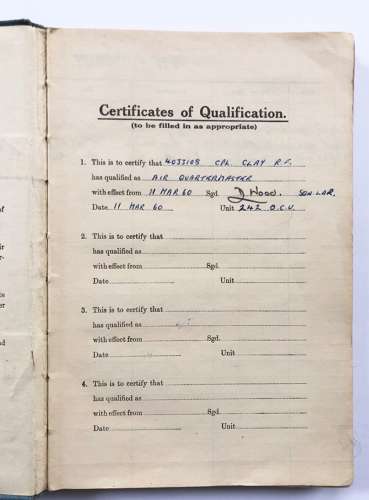 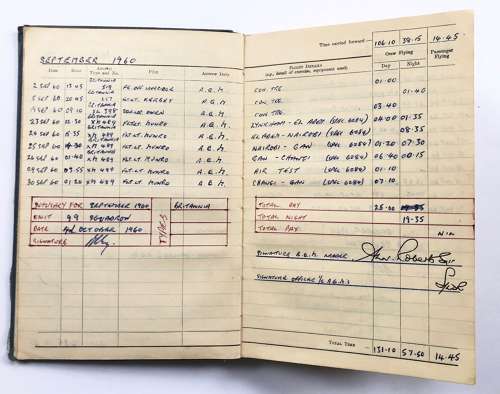 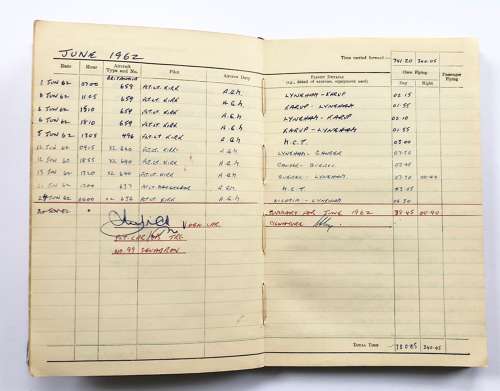 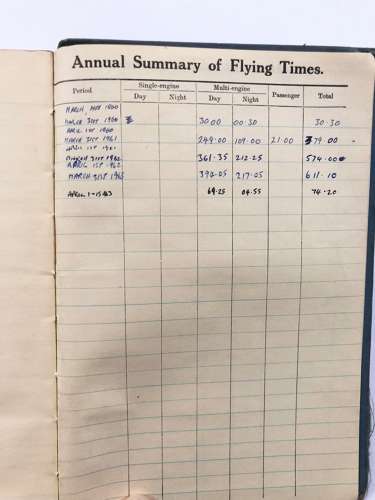 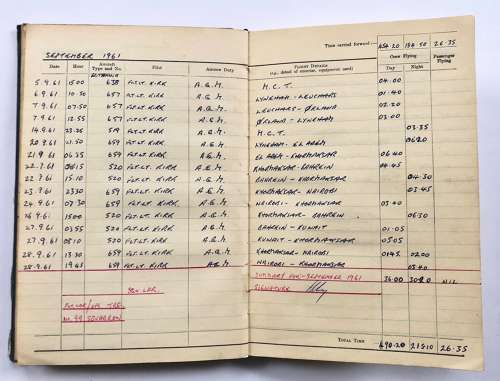