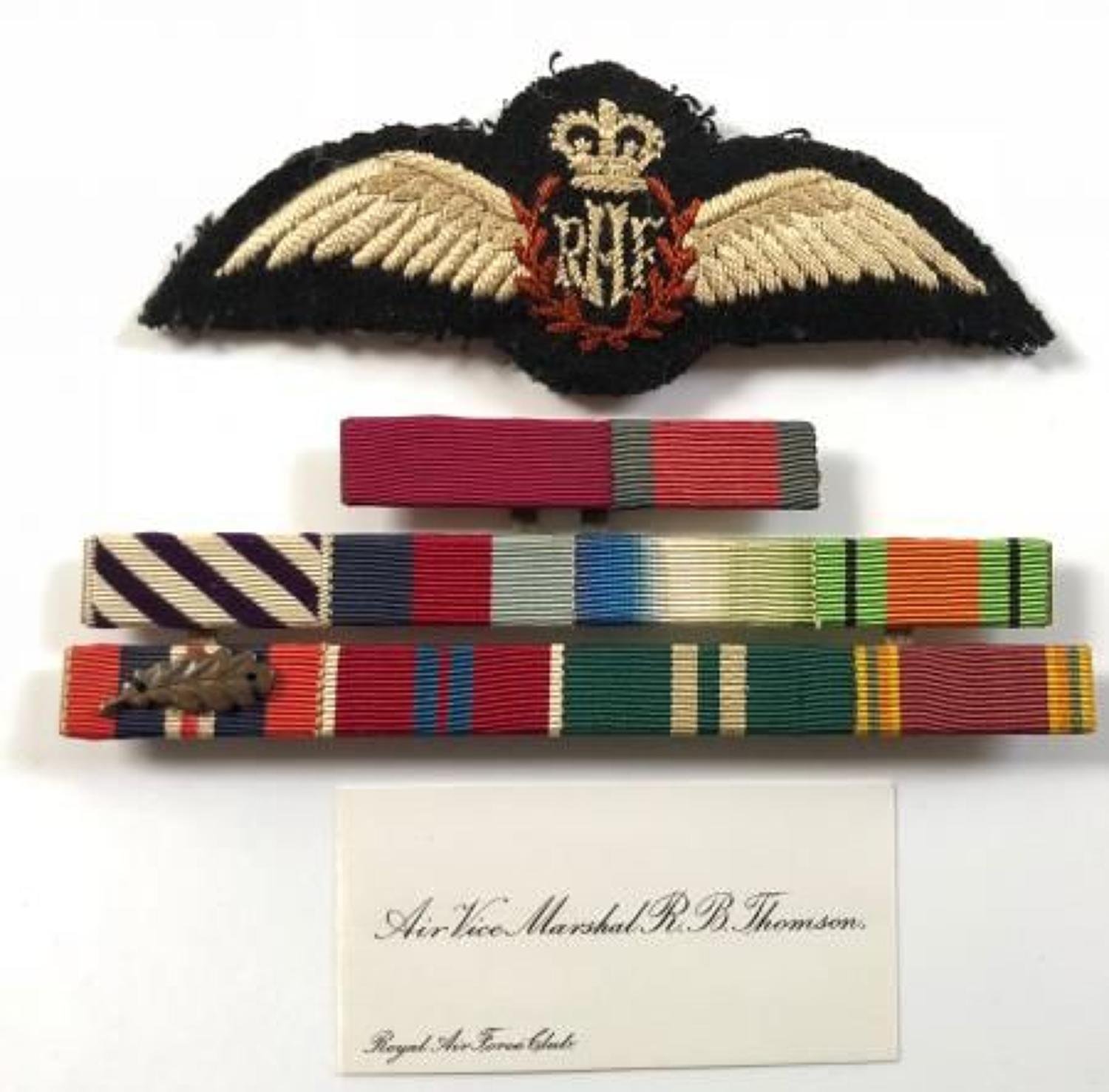 A scarce grouping of attributed items, being the original wings and full medal entitlement of the Air Vice Marshal worn on his tropical tunics. The medal ribbons mounted onto a pin bar. Accompanied by an original calling card. 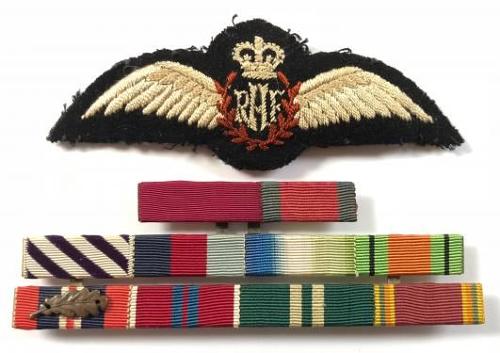