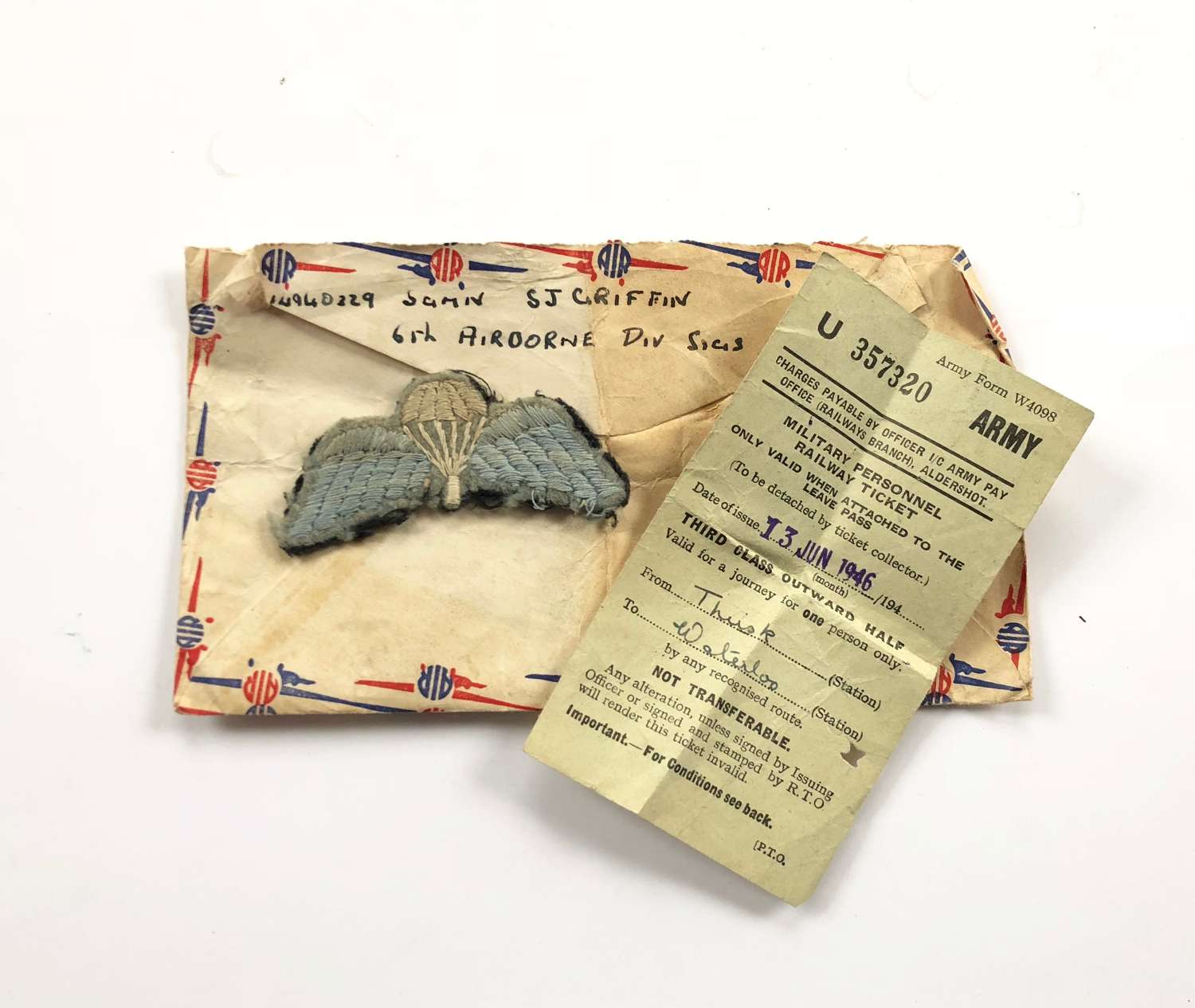 This WW2 period Parachute qualification wing is attributed to 14940229 Signalman S.J. Griffin 6th Airborne Division Signals. The wing is a little washed out, conducive to having been worn on KD. Contained in an original Air Mail envelope with Fold Post Office cancellation stamp 18th August 1946. Details of Griffen hand written as sender to reverse.

Signalman S.J. Griffin is confirmed as being issued the GSM Clasp “Palestine 1945-48”. 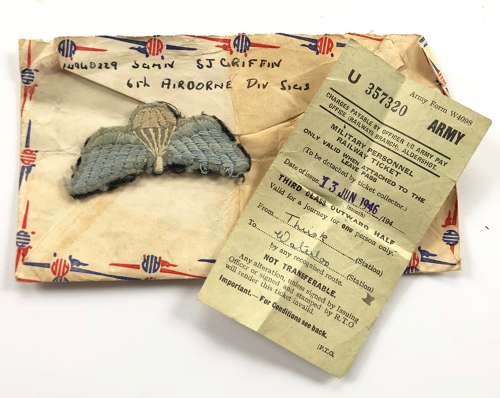 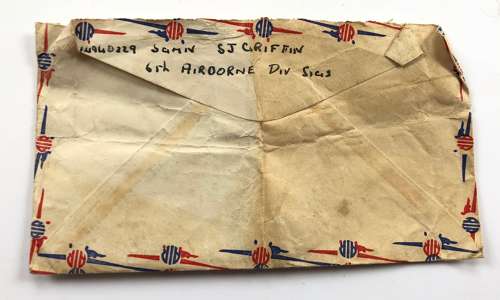 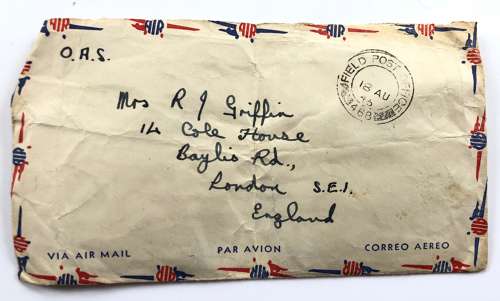 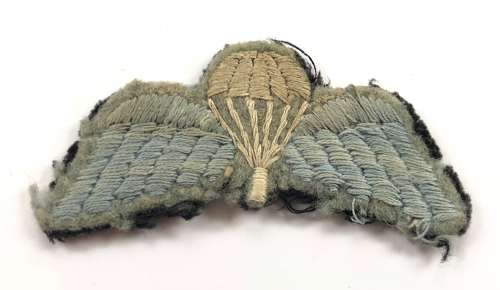 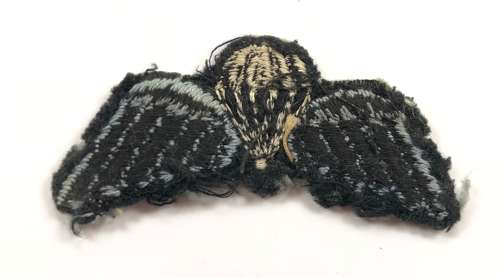