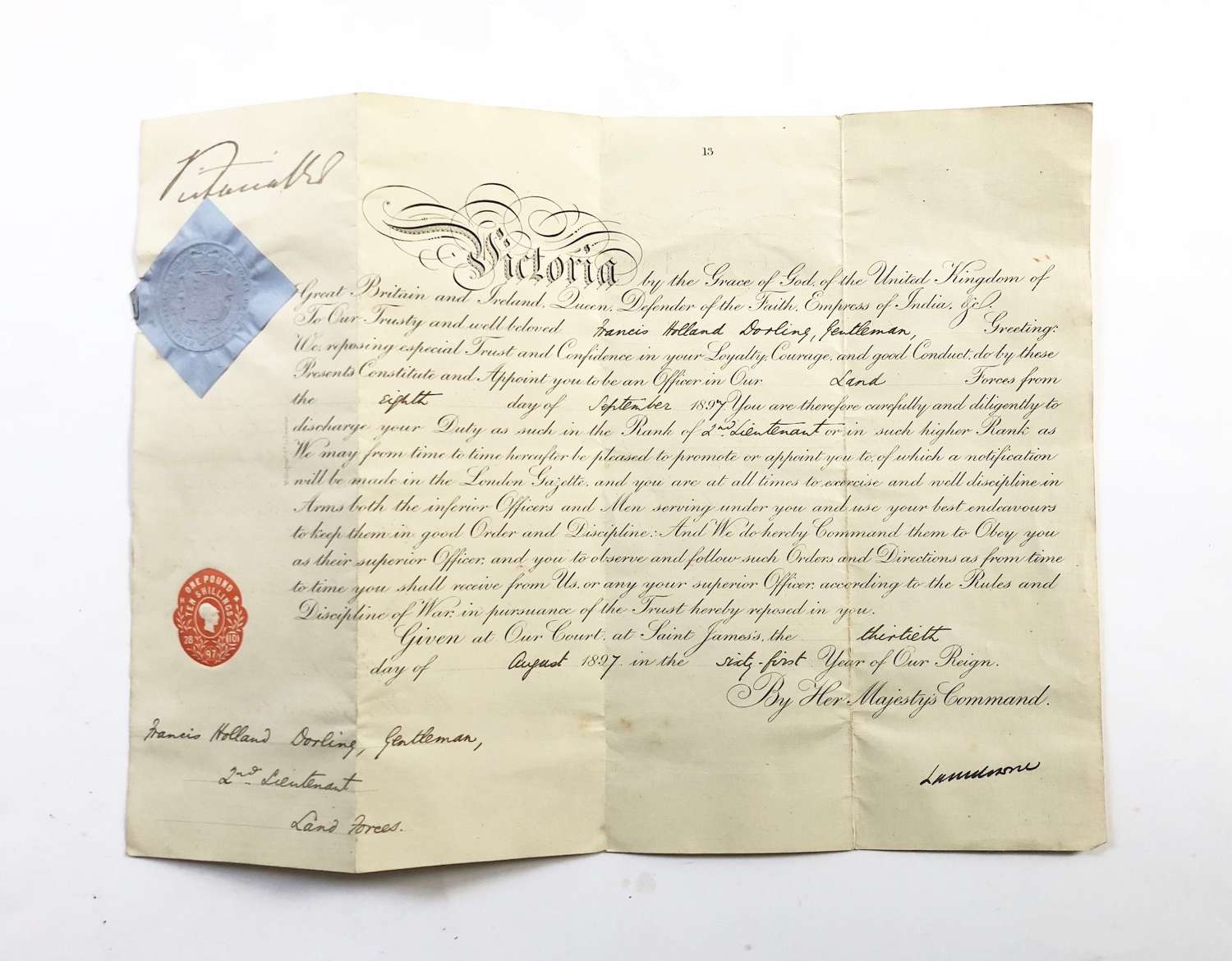 This paper commission appoints Francis Holland Dorling to be a Second Lieutenant in the Manchester Regiment dated 7th September 1897 and signed in ink by Queen Victoria. This newly appointed Officer, would have a life associated with the Regiment for 50 years reaching the appointment of Colonel of the Regiment. Overall GC Queen Victoria Signature Clear.

Colonel Francis Holland Dorling DSO saw service during the Boer War and during the Great War he was awarded the DSO and MID x 5 times. In 1920 he took command of the 1st Bn and saw action during the Irish War of Independence. He relinquished command of the Battalion 1924 and was placed on the Reserve List. He was chiefly responsible for the approval of the Manchester Regiment's new fleur-de-lys cap badge, adopted in 1923 after several years of effort. In 1934 he was appointed Colonel of the Regiment and held this post until 1947 when he reached the age of 70. 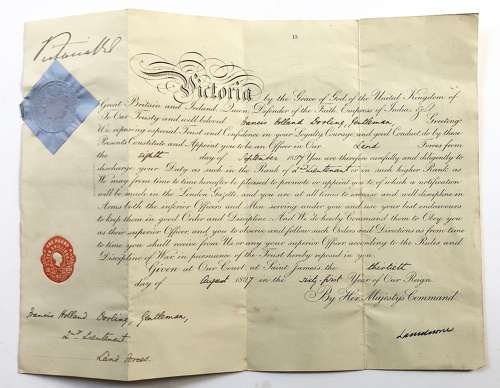 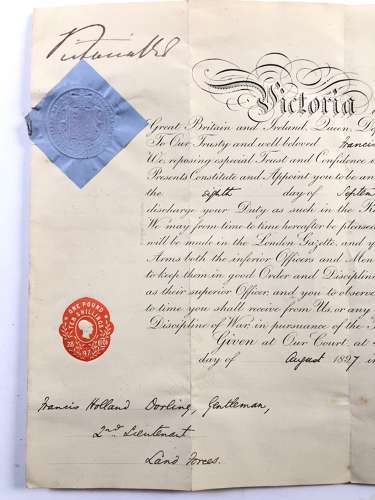 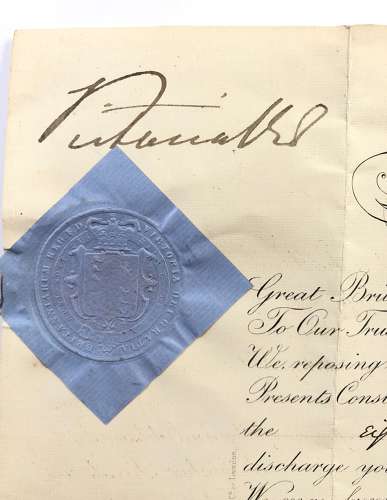 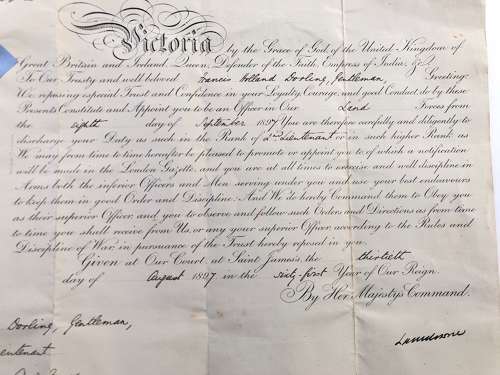 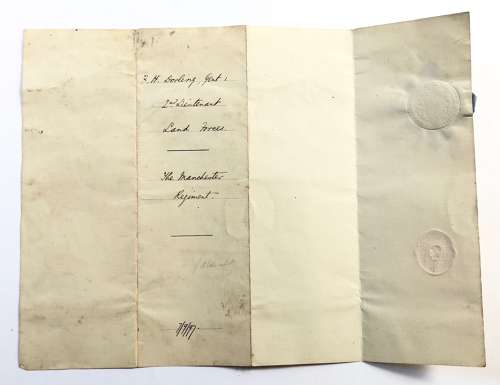 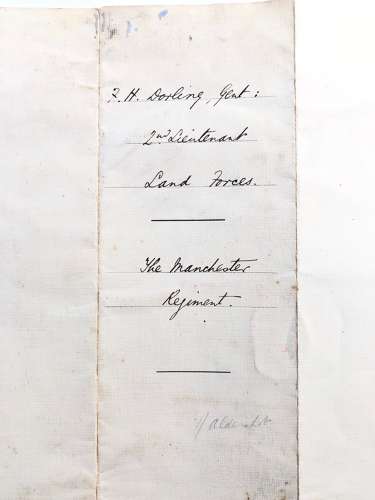 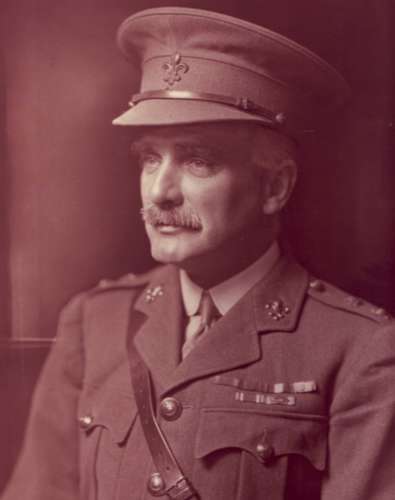