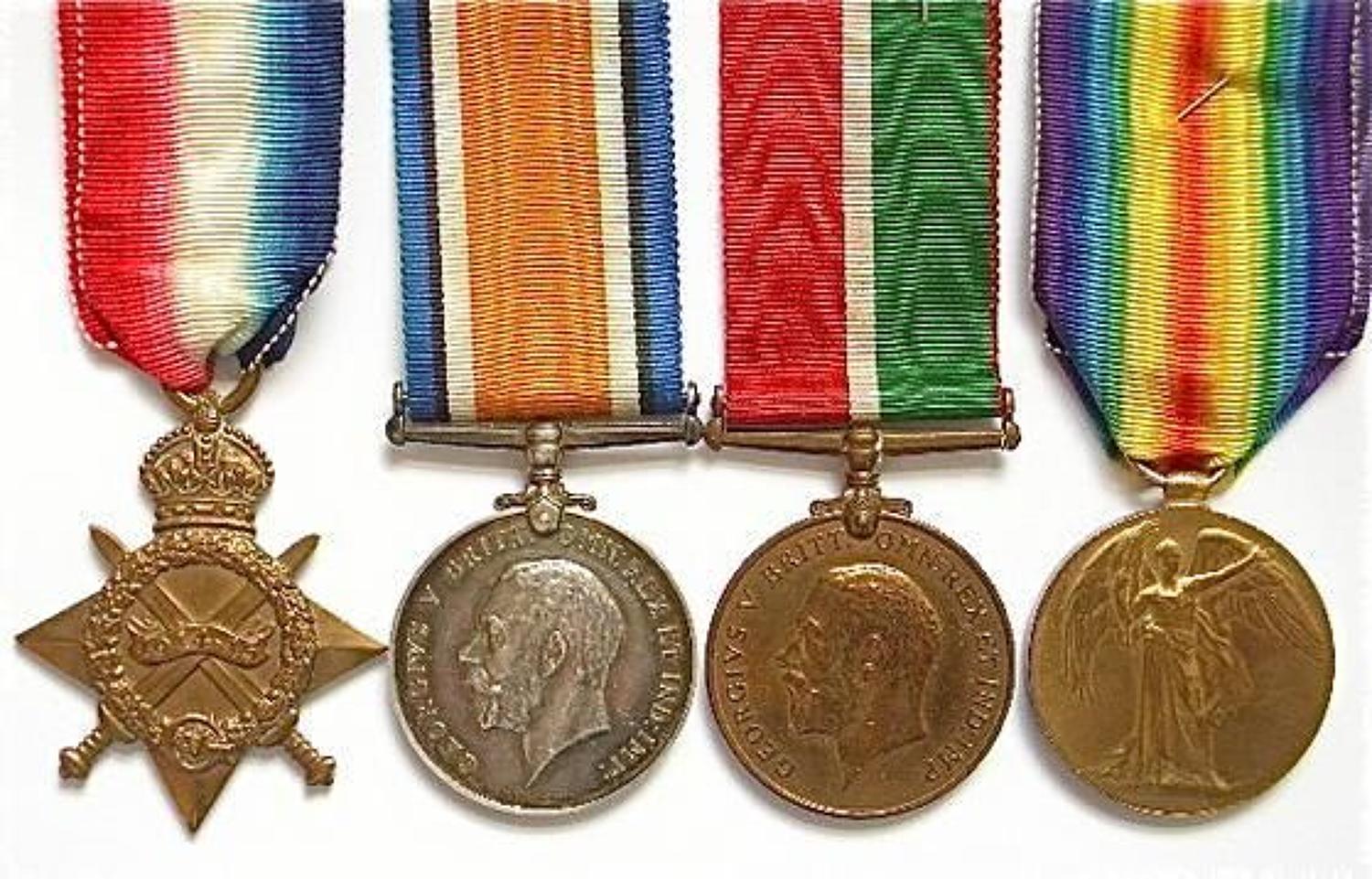 James William Miller was born in 1891, originally joined the Expeditionary Force Canteen earned the 1914/15 star on the 20th May 1915. The MIC card confirms the BWM & VM being issued by the Admiralty. He joined the RMA on the 14th December 1915 and was discharged in March 1919. His name also appears on the Merchant Seaman roll