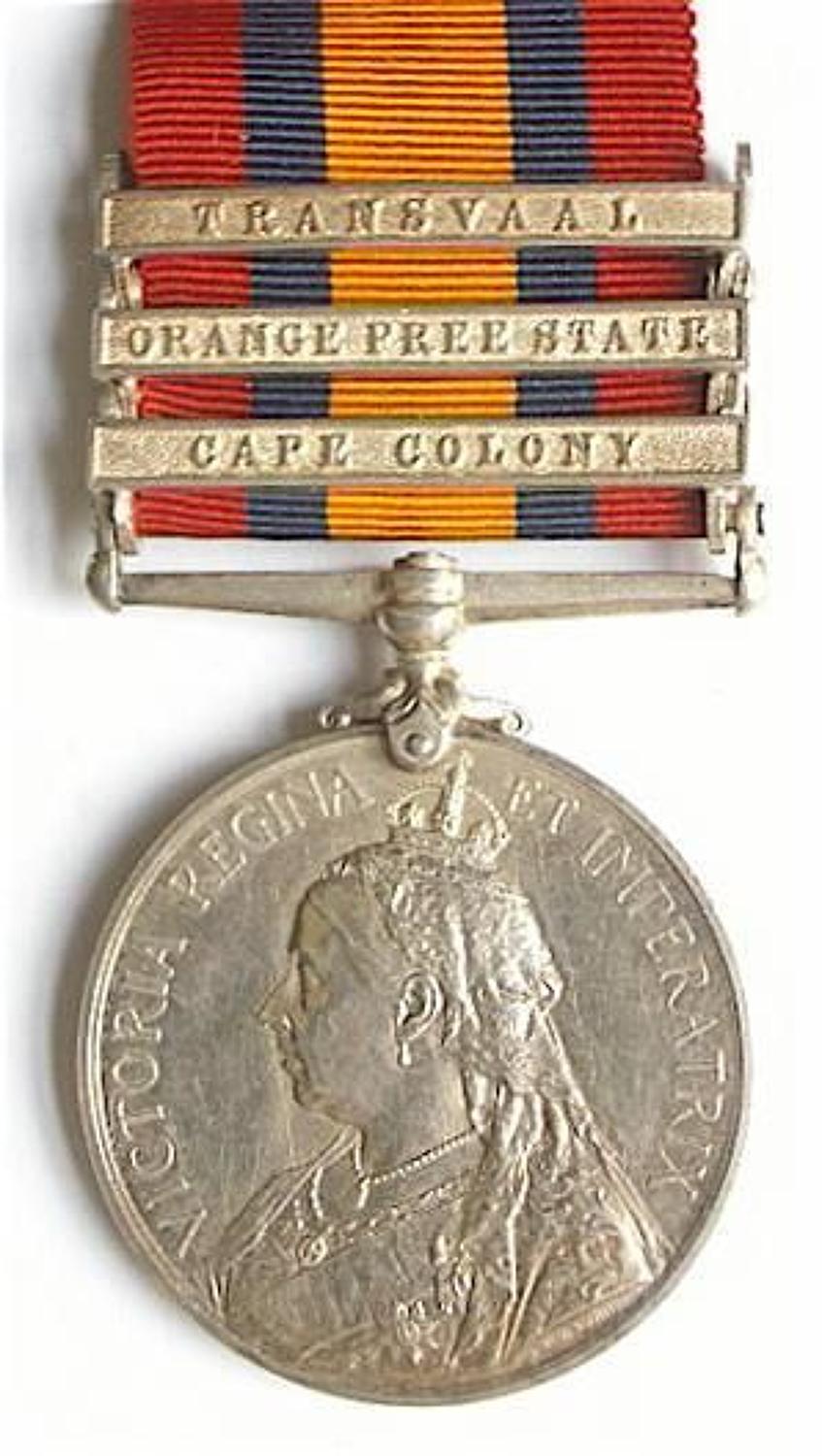 Private F.P. Crawley is confirmed as serving with the Cape Medical Staff Corps and is shown as dying of disease at Winburg on the 9th December 1900.