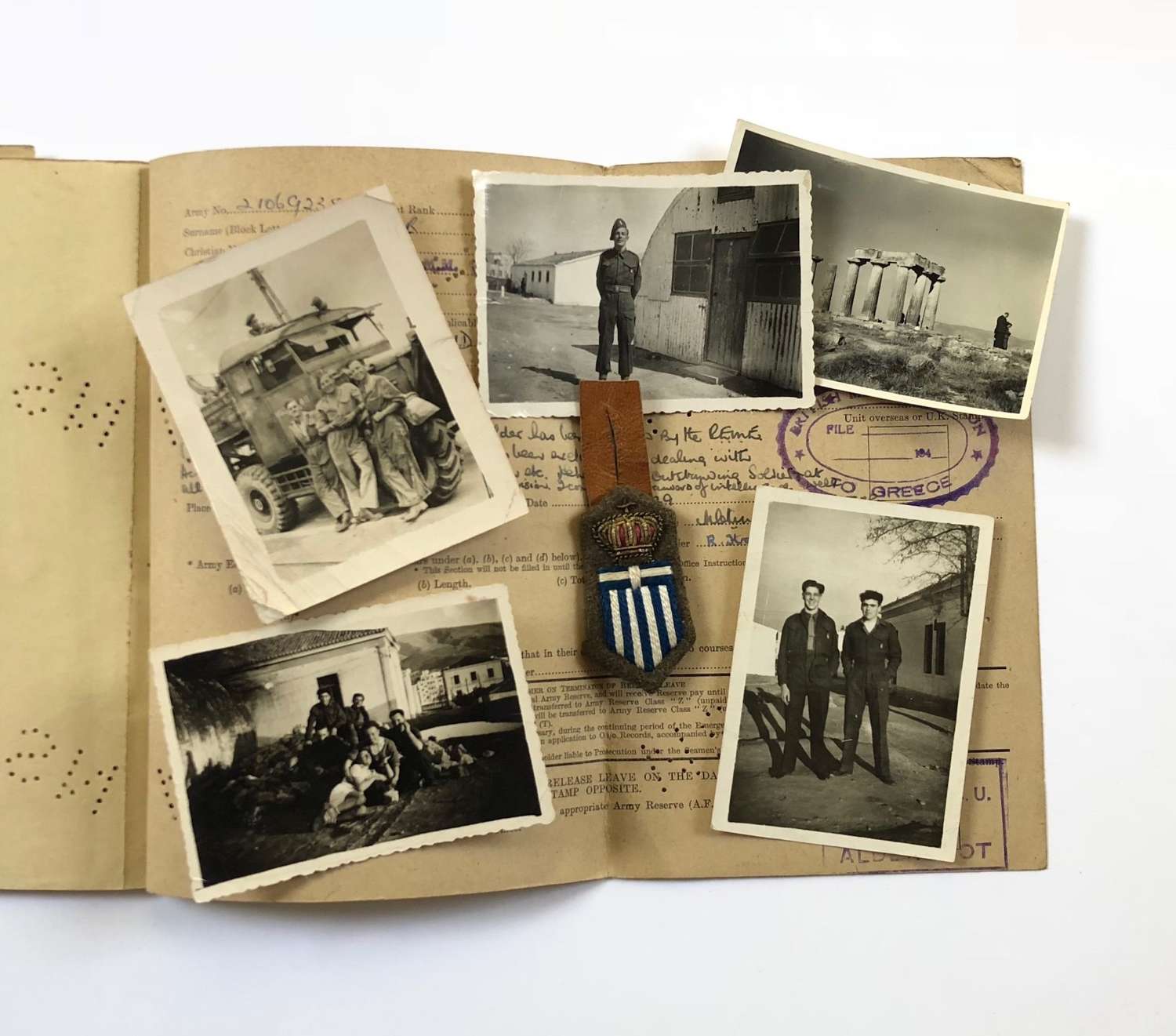 The badge is in superb near unissued condition, retaining the original leather strap. The badge is accompanied by a number of snap shot photographs, including two showing Holder wearing the badge. Also included is his Soldiers Release Book. This shows he was attached to the RAOC and was discharged in 1949. The book with clear ink stamp British Military Mission Greece Stamp. 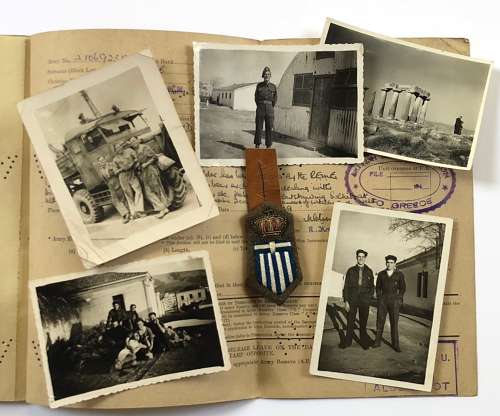 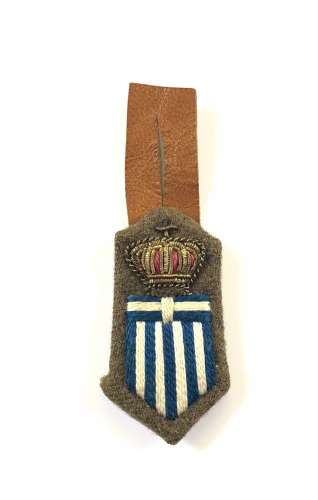 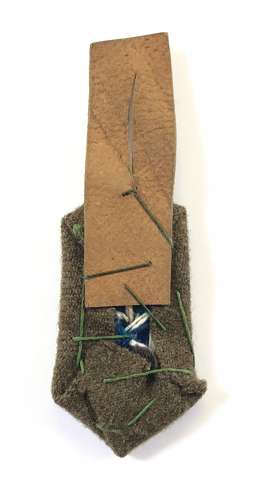 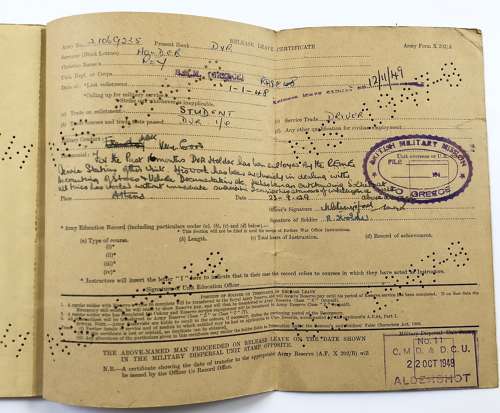 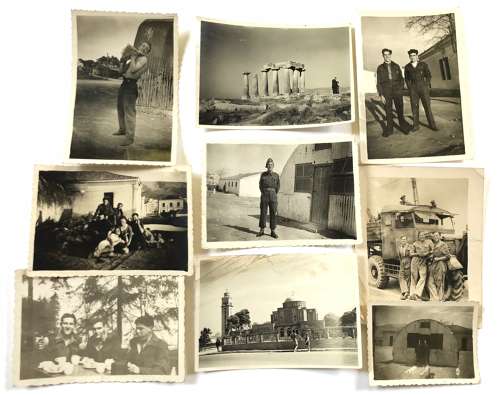 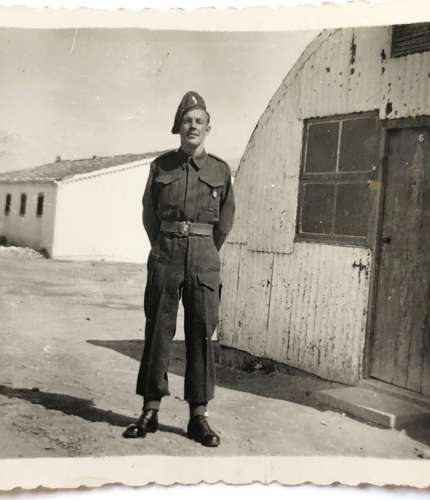 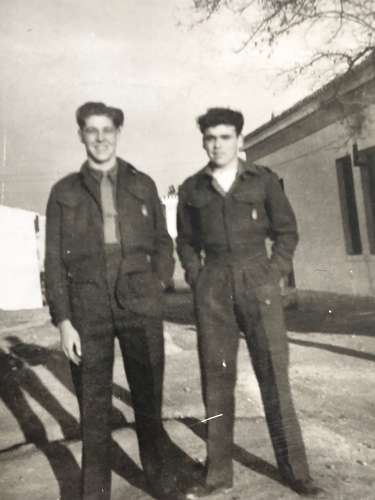