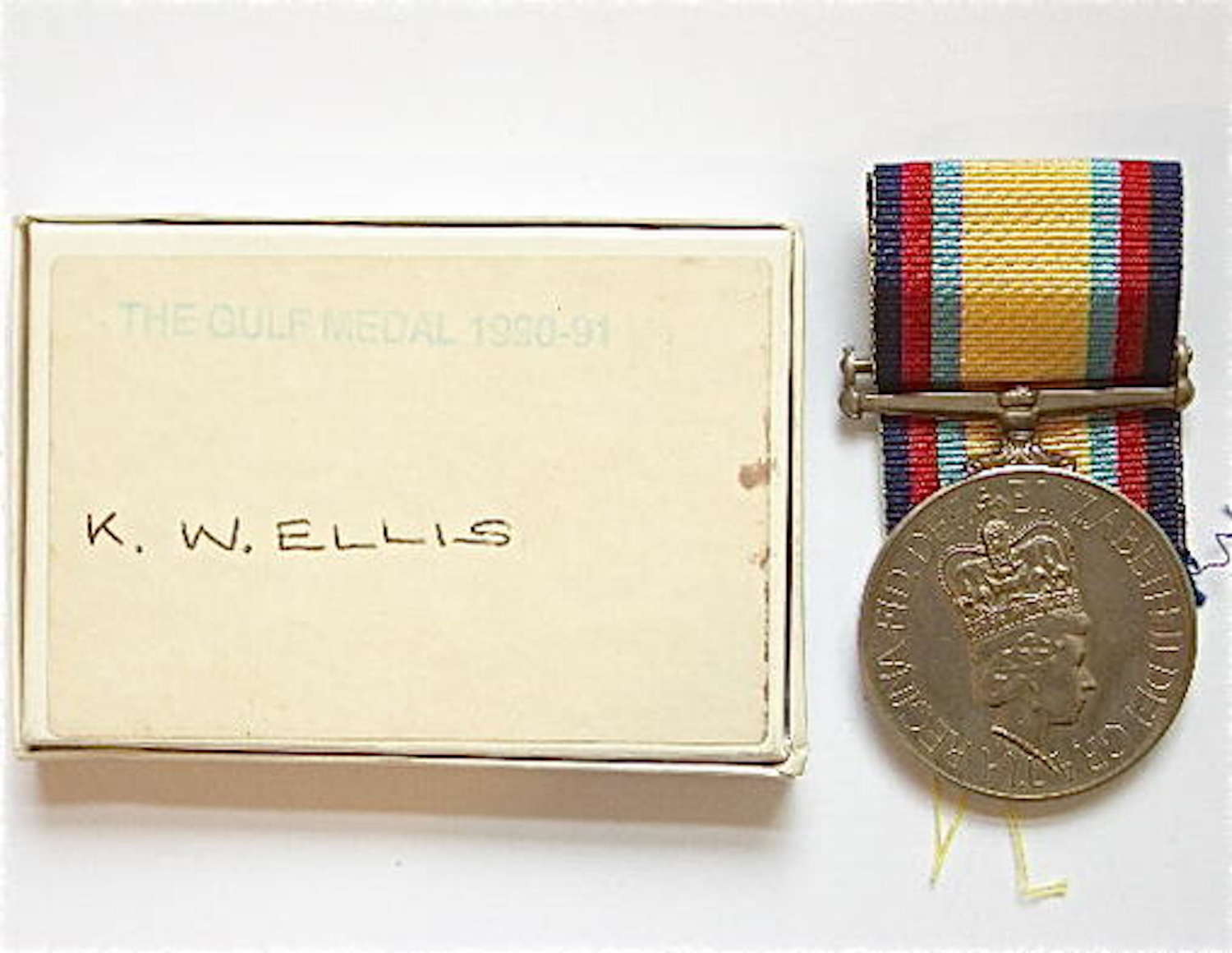 Information supplied with the medal indicated that Mr Ellis was a former Leading R.O. Royal Navy and during the Gulf War served with GCHQ, detachment Cyprus.